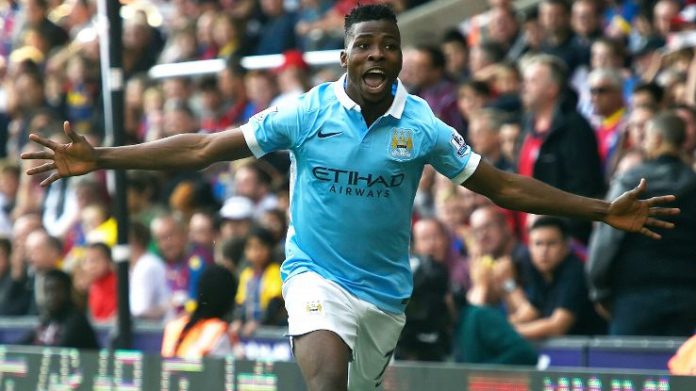 Leicester City certainly enjoyed their moment in the big time after winning the Premier League in 2016. They reached the quarter-finals of the UEFA Champions League last year, and even though the fairytale did end there, they certainly took us all on a magnificent thrill ride.

Judging by the way The Foxes are going in this summer’s transfer window though, it looks like they want to get back among the elite pretty quickly. Claudio Ranieri was sacked in February after a disastrous Premier League campaign. His replacement, Craig Shakespeare, not only steadied the ship and took them out of relegation danger, but also managed to re-produce some of their title-winning form and a 12th placed finish.

He is now looking to have a solid window and get them back in the top half at the very least. After sealing a deal for defender Harry Maguire last week for £17 million, the Telegraph have reported that Leicester are now targeting Manchester City striker Kelechi Iheanacho. The Nigerian will be allowed to leave the Etihad Stadium this summer, and the Foxes are readying a bid of £25 million.

The 20 year-old burst into the Premier League in the 2015/16 season. He scored 14 times in all competitions, and had one of the best conversion rates in the league. However, he fell out of favour with new manager Pep Guardiola last season. City’s signing of Gabriel Jesus to give competition to Sergio Aguero now means that Iheanacho is unlikely to get a look-in. Guardiola is also looking to get in another striker next season. The likes of Alexis Sanchez and Pierre-Emerick Aubameyang have been mentioned.

Leicester could have competition for the player from West Ham United, who were reported to have bid for Iheanacho last month. However, no deal has materialised between the two parties yet. According to the Telegraph report, Everton and Crystal Palace could also move in for the striker.