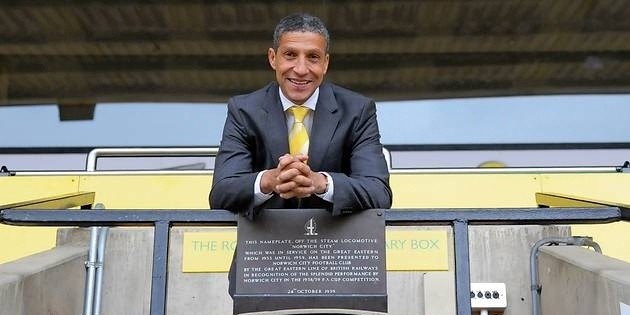 A cursory glance at Norwich City’s results last season hints at mid-table security for them. The club had finished 11th in the Premier League, while managing to enter the 4th round of FA Cup and quarter finals of the Capital One Cup.

In Chris Hughton the club has a manager whose competency in the top tier is unquestionable. It would, however, be worthwhile to remember that the cramped mid table nature of the Premier League table means that any mid table team is only roughly a couple of slip-ups away from the relegation dogfight. Bearing that in mind, it is not unsurprising that Hughton has gone for a significant revamp of the squad to cement survival.

The major signing that has caught the imagination of the fans is that of Ricky Van Wolfswinkel from Sporting Lisbon. Already the Dutchman has made a good impression of himself in the Portugese League and the Canaries have sensibly invested £8.5 million in buying a central striker who often creates the difference in the final position of the club in the league table. Gary Hooper is another striker signed for £5 million from Celtic to bolster the striking department.

Other signings include promising squad players – Nathan Redmond (Birmingham City), Martin Olsson (Blackburn Rovers) who will find an escape from the drudgery of Championship; also the arrivals of Leroy Fer (FC Twente) and Javier Garrido (Lazio) indicate that the squad will not be short of experience. Grant Holt has been shipped to Wigan after a drab 2011-12 season; otherwise the club has retained their key performers from last season.

For mid table teams in the Premiership, it’s often the non-glamorous matches that decide their standing in the league table. Last season, Norwich’s shortcoming was losing too many points in games against their peers; rather wins against bigger names like Manchester United, Manchester City and Arsenal sealed their fortunes. It’s a risky strategy to depend on the same template this season, and the new signings with the core of the squad intact gives the squad a balanced look. Some of the new signings like Van Wolfswinkel and Hooper would also have an eye on World Cup’2014 and thus would be eager to perform at their best in the opportunities that come their way.

Predicting a pinpoint position for mid table teams is tricky business, even after Norwich’s squad strength increasing this season, we would tip the club to finish somewhere between 10th to 15th come May’2014.