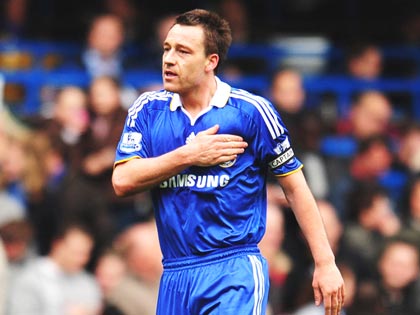 Chelsea will entertain London rivals Fulham at the Stamford Bridge on Saturday evening looking to bounce back strongly after their dismal run of form in the past few weeks.

Jose Mourinho spoke about his unhappiness with the system Chelsea have been playing for the last two years and insisted that he would make necessary adjustments. He has a few selection headaches ahead of the match.

In the defence, he will have to make a choice between Luiz and Cahill. Make no mistake, Luiz is a terrific player, but the partnership between him and Terry looks vulnerable every time. The Brazilian is more dynamic, adventurous, loves to get forward while Terry drops deep and provides the much needed security at the back. Cahill would be an ideal partner for the former England skipper.

In the midfield, Ramires would start while Frank Lampard, who started in the last match, could be dropped to the bench.

The problem lies with the selection of attacking midfielders. Will he stick with the trio that played against Basel? Will he drop Mata to the bench again? Will he start with Schurrle? Obviously, when you have an avalanche of star players and the position is congested these things are bound to happen.

In the strike department, Mourinho will have to make a choice between Eto’o and Fernando Torres. He spoke about the lack of sharpness of the Cameroon international in the press conference yesterday but didn’t state clearly about his plans of including Torres either.

This could be the possible line-up for chelsea:

Do you agree with this line-up? Let us know your views below…