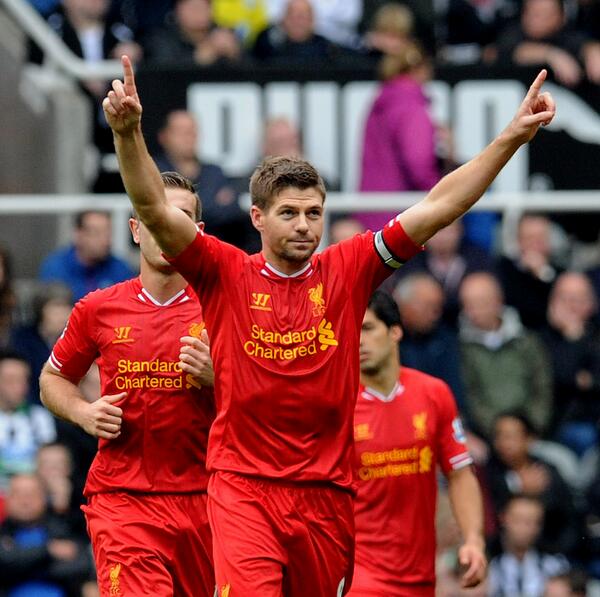 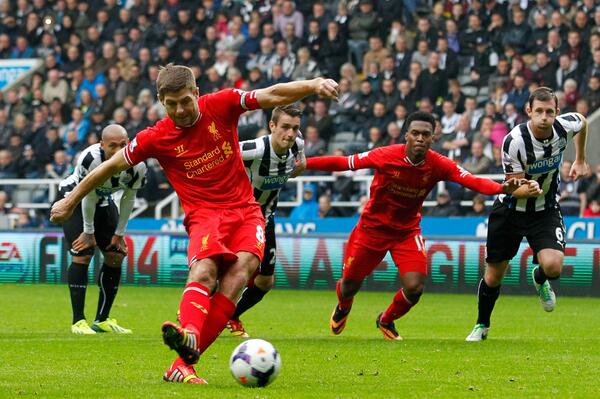 Liverpool enjoyed the lion-share of possession after Newcastle went down to 10-man, but the Reds could only salvage a point in the end, as the match finished 2-2.

Newcastle opened the scoring after midfielder Yohan Cabaye scored an amazing 30-yard goal. Gerrard equalised from the spot after Mapou Yanga-Mbiwa was sent-off after 40 minutes for a foul on Luis Suarez.

In the second half, Paul Dummett was left unmarked as the Wales star gave the host lead for the second time in the match.

Luis Suarez, arguably the Man of the Match, provided a delicious cross in the path of Daniel Sturridge who could do nothing but slot home with a fine header.