Tottenham suffered a huge blow today as star play-maker Christian Eriksen suffered an injury while playing for Denmark’s friendly game against Norway and could be out on the sidelines for a lengthy period of time.

As you can see in the picture, Eriksen limped out of the ground and he was helped off the pitch, after suffering an ankle injury that can damage his ligament. 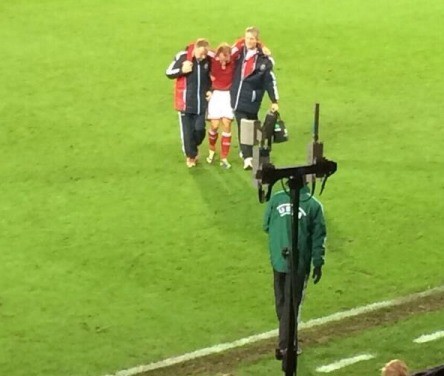 According to Denmark coach Morten Olsen the former Ajax star could remain on the sidelines for four to six weeks.

He told after the match: “Pretty sure ligament injury, and of course it’s an annoying injury to him in a new club with a tight schedule. We do not know if he is out for four or six weeks or how long that is.”