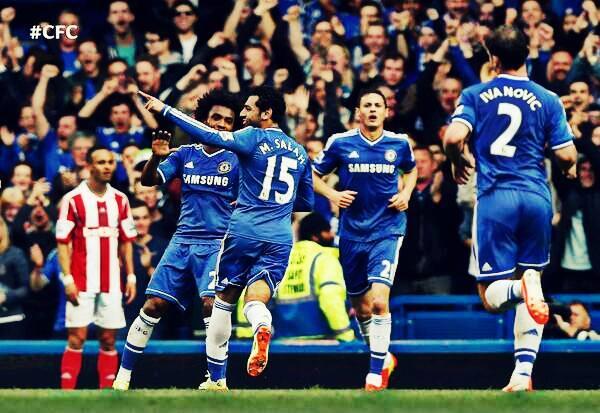 On his first Premier League start, Salah didn’t disappoint and the Egypt forward gave the Blues the lead just after the half-an-hour mark.

The tricky winger further earned a penalty from which Frank Lampard made it 2-0, and Willian added another with a delicate finish.

Mourinho commented after the match: “Chelsea did well to buy Salah and the crowd likes the way he plays, and he is a type of player we need.”

Chelsea now have a two-point lead over third-placed Manchester City, who have played two games fewer, but Liverpool can return to top of the league again if they avoid defeat in their game in hand at West Ham on Sunday.