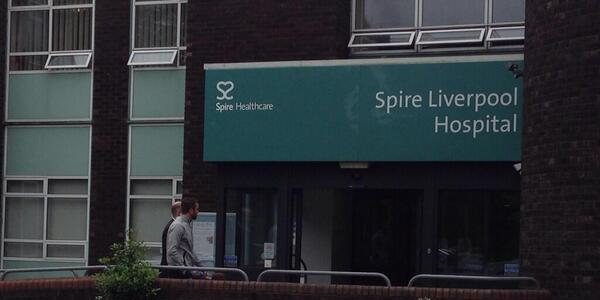 Liverpool are on the verge of making their first signing of the summer, after agreeing a £4m fee plus add ons for Southampton striker Rickie Lambert.

The 32-year-old, who started life as a Liverpool youth player, has arrived for a medical at Spire Liverpool Hospital today – with this picture below circulating the Twitter sphere.

Liverpool legend Robbie Fowler has insisted that Lambert will be a terrific signing for the Reds, as he will provide a different attacking dimension to the playing system.

Lambert, who will represent England at the World Cup, could be first of many signings at Anfield this summer.

Liverpool fans, let us know, are you excited about this signing?