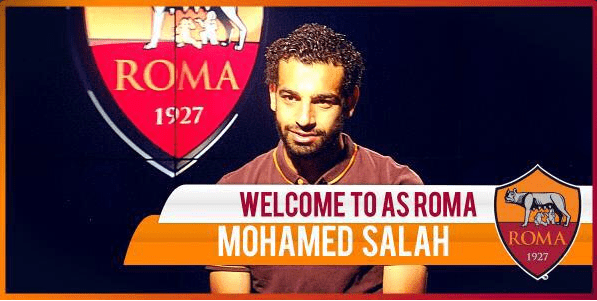 Mohamed Salah has joined Serie A side Roma on a season-long loan from Chelsea, the Blues have confirmed on their official website. According to the deal, the Italians have the option to purchase the Egyptian at any point in the season.

Salah didn’t waste much time updating his profile on Twitter, changing his current club to Roma within minutes of the news breaking. It just shows you how intent he was on sealing the move as quickly as possible. He also tweeted a photograph with arguably the greatest ever player in the history of the Italian club – Francesco Totti, who was seen welcoming Salah to the club with a smile on his face. 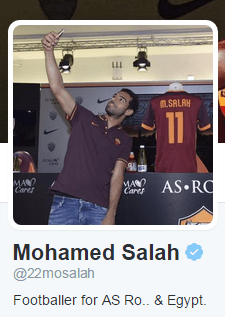 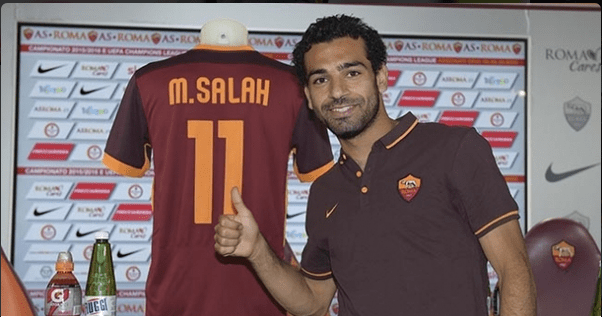 Salah has struggled to establish himself at Stamford Bridge after his move from Basel in January 2014, amidst some stiff competition for the attacking midfield position. Despite scoring on his debut, he only managed 19 appearances in all competitions during his one and half years at the club. Most of them were off the substitute’s bench, as he failed to get ahead of Eden Hazard, Oscar and Willian in the first-team.

The 23 year-old spent the second half of last season on loan at Fiorentina and won back his reputation with some stellar performances. He was being courted by many Italian clubs including Juventus and Inter Milan, but after a long wait, the Stadio Olimpico has finally been confirmed as his next destination.

Even without him, Jose Mourinho has 6 attacking midfielders at his disposal this season, with Juan Cuadrado, Bertrand Traore and Victor Moses now fighting for places with Hazard, Oscar and Willian. Salah was branded as one of the most promising talents in Europe not too long ago, and only time will tell if the Blues will regret letting him go.