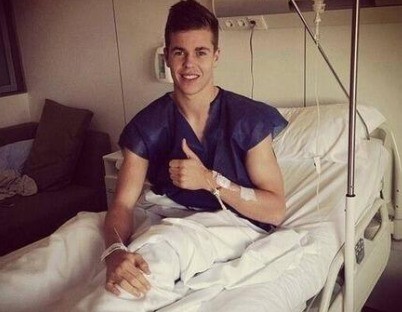 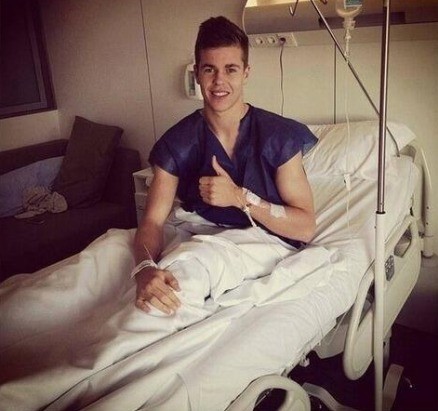 Chelsea youngster Marco van Ginkel has undergone a successful operation on Thursday in Barcelona. The 20-year-old, who joined in the summer from Vitesse Arnhem, will be out of action for six months after tearing an anterior cruciate ligament on his left knee.

The Dutch international landed awkwardly under pressure from Swindon’s Alex Pritchard in Chelsea’s third round Capital One Cup victory on Tuesday.

“The medical supervision deserves a big compliment for the way I am assisted in recent days,” says Van Ginkel through the agency Sport-Promotion.

He added: “I am also confident that my rehabilitation, which will take place in London, will go well.”

The youngster posted a picture of him in the hospital lying on bed with a message written:

“Just had my operation, but keep smiling and I will come back. Never give up and be strong.”