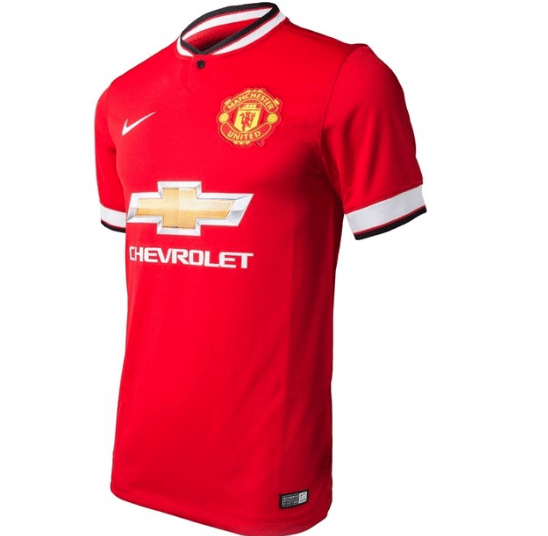 Manchester United’s new home kit for the 2014-15 season has been revealed. According to 101 Great Goals, the following snap shows the  home jersey that the Old Trafford side will sport under new manager Louis Van Gaal.

The story claims that the new kit has been revealed by Uruguayan shirt website Todos Sobre Camisetas who are well known for getting almost all of their previous strips correct.

The Red Devils have renewed their sponsorship with Nike and the new kit has a Chevrolet logo epitomizes “Youth Courage Greatness” (youth, courage, grandeur).