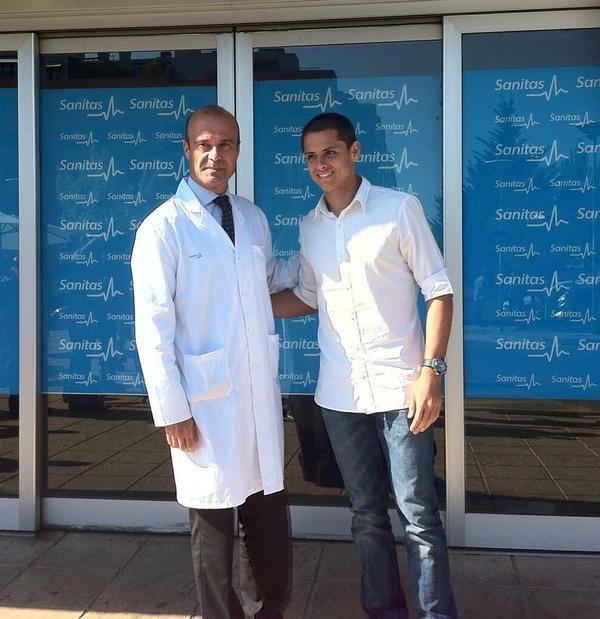 Manchester United striker Javier Hernandez has arrived in Spain to undergo a medical before his proposed move to Real Madrid.

Earlier we reported that the Mexican international is not included in Louis van Gaal’s plan at Old Trafford. The 26-year-old was spotted with the Champions League club’s doctor before undergoing a medical.

The deal will be on a temporary basis as Hernandez will be with the 10-time European champions only for a season-long loan. Meanwhile, United will replace the striker by signing AS Monaco star Radamel Falcao on the final day of the transfer window.