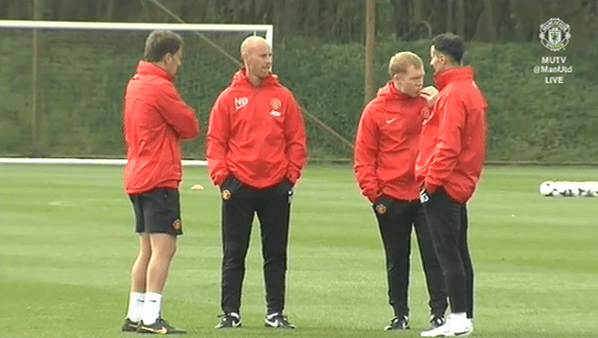 Ryan Giggs, the Manchester United legend, gave his first interview as an interim manager ahead of the Premier League clash against Norwich, where he expects his players to “bring back some smiles on to the faces of the fans”.

Giggs has played all his life for Manchester United and the veteran wants to impart the same philosophy, which he inherited from Sir Alex Ferguson, to his team as well. He said:

“To work hard but, most of all, enjoy it. As a player I know if I’m enjoying the game I can express myself a lot more and that’s what I’ll be doing with the team tomorrow.”

Giggs will be joined by four members of the golden generation of Sir Alex Ferguson’s team popularly called the Class of ’92, with Paul Scholes, Nicky Butt and Phil Neville will join the coaching staff to help out the new manager.