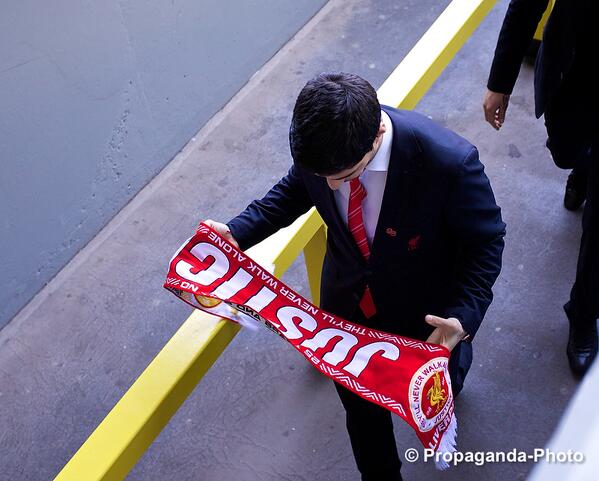 Today marks the 25th anniversary of the Hillsborough disaster. Both Liverpool and Everton paid their respects by holding a memorial service to remember the 96 innocent souls who lost their lives on April 15, 1989.

Players and staff from both past and present were at Anfield on an emotionally charged day, and both managers, Brendan Rodgers and Roberto Martinez, delivered emotional speeches.

Rodgers said: “We will always strive to honour the families and the memory of the 96 that we lost. You’ll Never Walk Alone.”

96 red balloons were then released during a moving rendition of ‘You’ll Never Walk Alone’. We found a picture of Liverpool striker Luis Suarez gazing at the ‘Justice for the 96’ scarf.