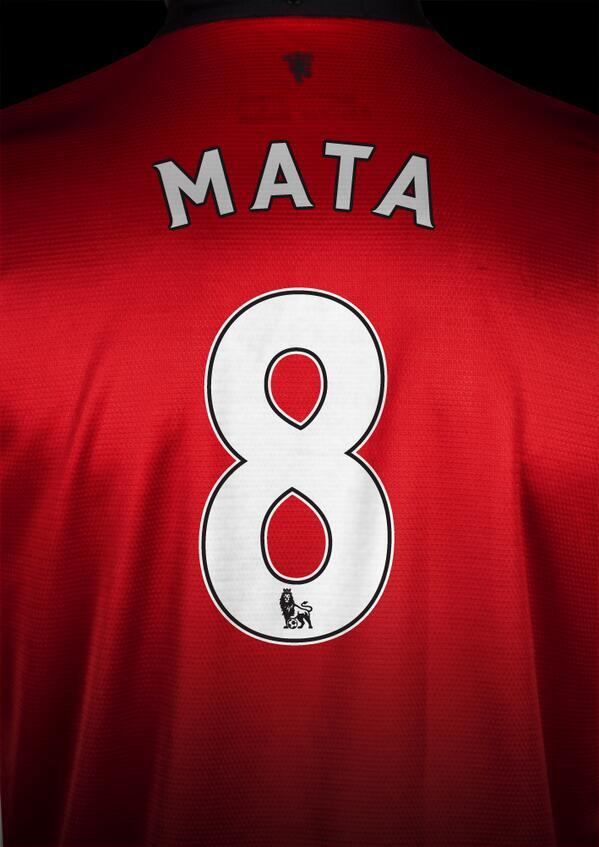 Juan Mata, the latest January recruit of Manchester United will wear the no 8 shirt, as confirmed by the club.

The Spanish play-maker became the record signing of the club, after the Red Devils completed a £37.1m deal.

The Spaniard, 25, has earned 32 caps for Spain, played 135 times for Chelsea over a three year period, and was voted the club’s ‘Player of the Year’ for the past two seasons.

Juan Mata said: “To come here is a great moment for me. I feel very happy to have the chance to play for a massive club like this. I think the number 8 is a great number. I like it.”

David Moyes said on this deal: “I’m thrilled. I got wind a month or so ago that it could be a possibility. I never really believed I’d pull it off.”