PHOTO: Diego Costa returns to training ahead of Chelsea’s clash against QPR 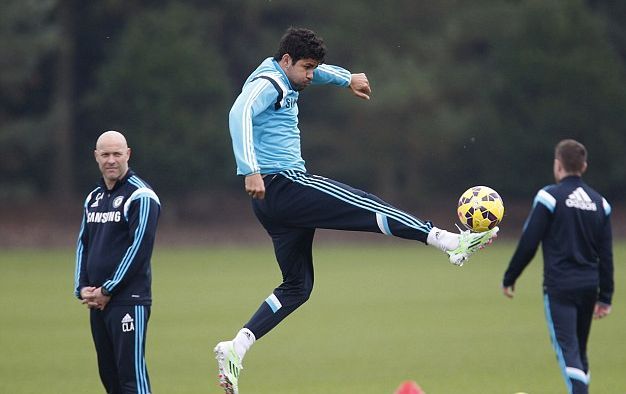 Chelsea have been handed a massive boost after star striker Diego Costa was spotted during the training sessions on Thursday.

The Spain international has been on the sidelines after the international break earlier in October as he missed the west London club’s fixtures against Crystal Palace, Maribor, Manchester United and Shrewsbury Town.

José Mourinho’s side face Queens Park Rangers in the weekend Premier League clash at Stamford Bridge on Saturday and Costa is likely to return to the first team after being out of action with a hamstring injury.

The news of Costa returning to the training will only bring joy to Chelsea fans as the former Atletico Madrid star has been firing for the Blues this season. He has already scored nine goals in seven league appearances.