The Kevin De Bruyne saga continues to dominate headlines, and his agent Patrick De Koster is once more at the centre of the latest rumours, having been photographed at a recent Wolfsburg training session in Abu Dhabi. 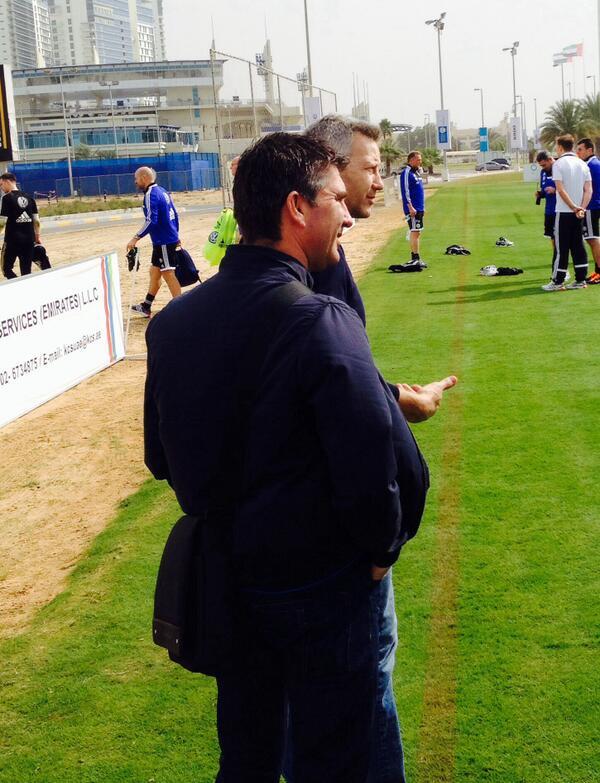 Chelsea’s unsettled Belgian has been strongly linked with a move to the Bundesliga in recent weeks, and Wolfsburg were considered front-runners even before this revealing pic.

We brought you the news this month that Chelsea were loathe to let their man depart this month, but De Koster had revealed that talks had taken place,

“Now in the next few hours or days, we will see if somebody finds an agreement with Chelsea. If there is an agreement I will speak with the player about what we will do. His preference is to go back to the Bundesliga. There have been discussions with Wolfsburg and other clubs.” 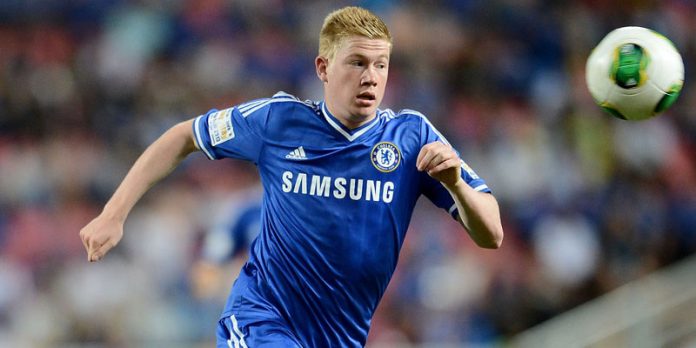 At this point, any deal hinges on the stance of Chelsea, with Blues boss Jose Mourinho insisting that there will be no movement during this January transfer window,

‘We know he fancies a move, but he’s a fantastic player and they’re very expensive,’ the Portuguese said last week,

‘If people think they can get our good players on sales, the sales finished in London yesterday.

‘I don’t want him to leave. But we have a couple of contacts [that have been] made by other clubs.’

Despite Mourinho’s words, the rumours concerning a move to Wolfsburg refuse to abate, but they reportedly face new competition in the form of rivals, Borussia Dortmund.

There is an unconfirmed rumour that the German giants are interested in the 22-year-old, and have even bid £19.5m for the winger.

We will keep you posted as to the latest developments of this red-hot transfer story.

What do you think? Where will De Bruyne go? Let me know in the comments below…