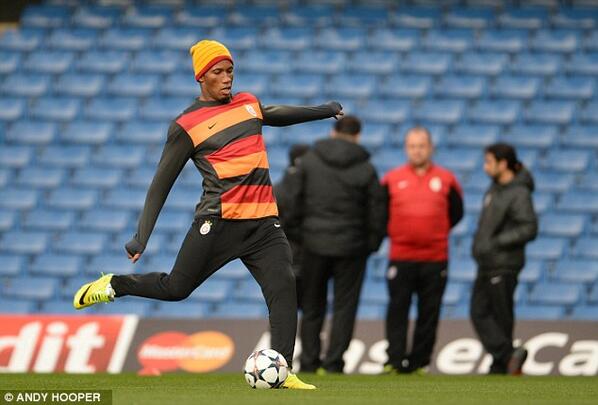 Chelsea will face Turkish giants Galatasaray at Stamford Bridge tonight, and the Blues will be desperate to put their recent defeat to Aston Villa behind them by progressing to the quarter finals of Europe’s premier competition.

The club will welcome back their former striker-turned-legend, Didier Drogba, who will certainly be looking to score against his old club.

Chelsea manager Jose Mourinho has paid high respect to Drogba, who was one of his key players’ during his first spell at the London club. The Chelsea boss described the Ivorian as one the most important players in the history of the club.

Chelsea’s Twitter account added, “Drogba says he is very happy to come back and see some familiar faces, but it won’t be difficult to play the game.”