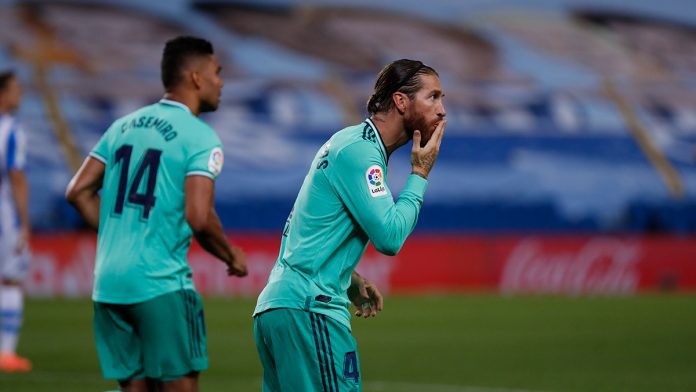 Fabrizio Romano has reported that Real Madrid has agreed terms with Austrian defender David Alaba and the deal has been closed.

The Bayern Munich defender will join Los Blancos at the end of the season as a free agent.

Alaba’s arrival could potentially mean the departure of Sergio Ramos at the end of the season. Ramos’s contract is set to expire in June and he has not yet agreed to renew with Real Madrid.

The Austrian international has most likely been brought in as a replacement for Ramos since he can play as a centre-back and left-back.

It is highly unlikely that Los Blancos would use him as a left-back since they have Ferland Mendy and would not want a player who is earning 11 million Euros a season to warm the bench.

Instead, it seems like Alaba will be slotted straight into the starting eleven in place of  Ramos. The 29-year-old defender has already shown how effective he is as a centre-back during last season’s treble-winning season with Bayern.

Meanwhile, Rene Ramos, who is Sergio’s brother and agent, has revealed that Manchester United have shown a great deal of interest, according to the Express.

The captain of Madrid could well and truly be out of his way from the Spanish capital as several other clubs are offering him a better contract.