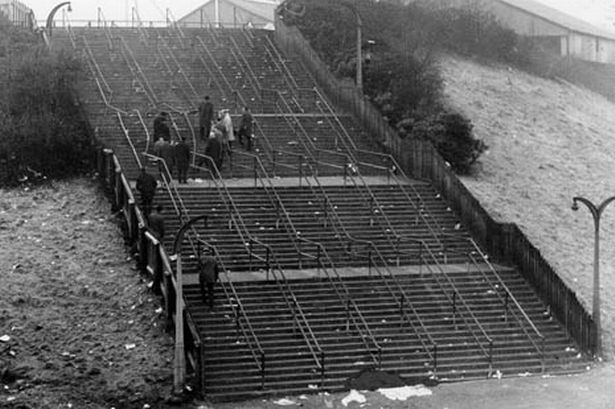 On this day in 1971, a crush at Scottish club Rangers’ Ibrox Stadium resulted in the deaths of 66 people.

More than 80,000 fans were present in the stadium to witness an Old Firm derby – Rangers vs Celtic. The visitors took the lead late in the game in the 89th minute, courtesy of a goal from Jimmy Johnstone, prompting many Rangers supporters to leave. But right in the dying seconds of the game, Colin Stein equalised for the Light Blues.

It was initially suggested that the crush ensued after hundreds of fans rushed into the stadium upon hearing the rest of the crowd cheer Stein’s equaliser. But an official investigation to the disaster failed to confirm this hypothesis. However, the spectators on ‘Stairway 13’ were headed in the same direction at the time of the collapse. According to several eyewitnesses, someone fell on the steps which created a butterfly effect, resulting in the collapse of the stairway, followed by a crushing press, and the deaths of 66 people. It also left around 200 people injured.

Among the dead were many children, the youngest of whom was nine-year-old Nigel Patrick Pickup from Liverpool. It still remains the worst stadium disaster in the history of Scottish football.