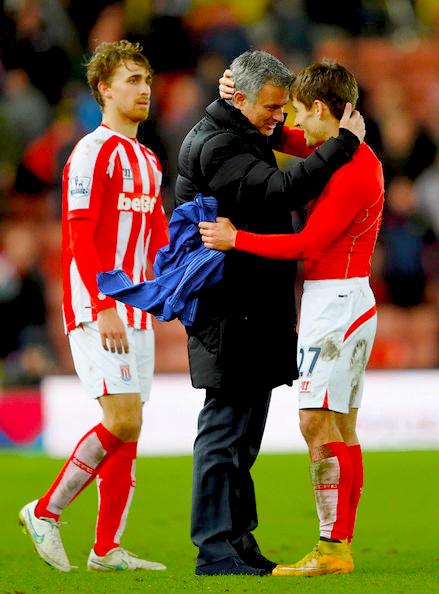 Chelsea boss Jose Mourinho expressed his elation after the Blues registered a 2-0 victory over Stoke City at the Britannia Stadium that took them to the top of the Barclays Premier League table.

The pre-match hype was all consumed by Mourinho’s funny comment on Stoke player Bojan Krkic. The Chelsea boss recollects an old memory, saying the former Barcelona youngster nearly gave him a heart-attack during the 2010 Champions League semi-final.

Mourinho said: “Bojan is the only player that almost killed me with a heart attack.

“In the last minute of Barcelona Inter semi-final of the Champions League he scored an amazing goal – offside! I looked up to the linesman on the other side – offside! He’s the only one.”

Mourinho was seen hugging Bojan after the match and exchanged words and friendly smile. A good gesture.