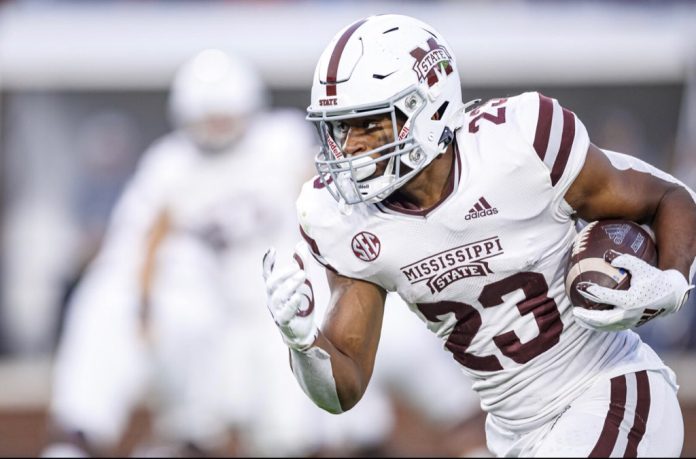 Transfer portal announcements tend to follow a bland, generic template. Thank you to the fans, teammates, and coaches; now is the right time to move on to the next chapter, etc. But when Mississippi State running back Dillon Johnson made his announcement on Wednesday, it was a bit more chaotic and spicy. Johnson took a shot at Bulldogs’ eccentric head coach Mike Leach on the way out.

Dillon Johnson wasn’t mincing his words on Wednesday when he announced he was entering the NCAA transfer portal. Apparently his Mississippi State head coach Mike Leach had said that Johnson wasn’t tough and he was glad that he was leaving.

Johnson wanted the world to know and when he announced he was entering the portal on Twitter, he made sure to get his shot in.

It all started out very civil and generic, you know, the usual boring transfer portal spiel.

It is all going very well so far.

“To Mississippi State University, my teammates, trainers, and amazing fans, it has been an honor to participate in this program with you all,” Johnson continued. “Together, you guys have helped me build my character and skill’s [sic] tremendously.”

“With that being said, since I am not very tough and [Coach] Leach is glad I am leaving, I will be entering my name into the transfer portal with the hopes of finding a more fit playing environment,” Johnson said.

Where are the eyes emoji? That may be the greatest plot twist we have ever seen. It was all going so well before, OUT OF NOWHERE, it’s Dillon Johnson with a college football announcement version of an RKO.

That is one way to burn a bridge, I guess. It remains to be seen if Coach Leach will kick out of the attempted pin as we await his response.