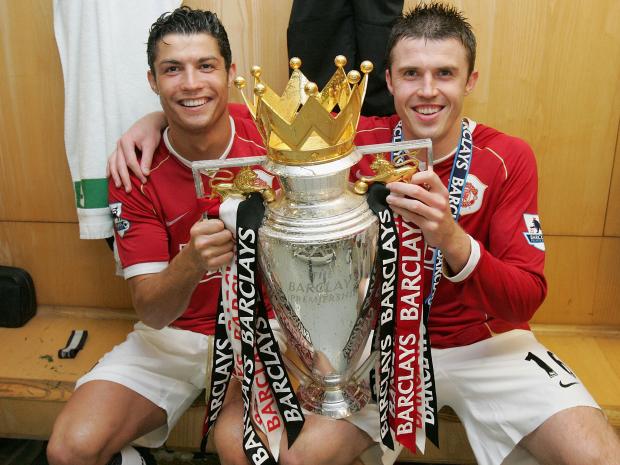 Manchester United’s veteran midfielder Michael Carrick has refused to ‘get involved’ in recent speculations linking Cristiano Ronaldo with a potential return to Old Trafford this summer.

Ronaldo has reportedly made the ‘irreversible’ decision of ending his eight-year spell in Spain after he was left ‘outraged’ for being accused of defrauded Spanish tax authorities of €14.7 million, a claim he denies.

Manchester United followed by Paris Saint-Germain have been tipped as favorites to sign the four-time Ballon d’Or winner but Carrick insists it is none of his business to comment on Ronaldo’s uncertain future.

In an interview with Sky Sports, Carrick said: “I haven’t really given it too much thought to be honest with you.

“Listen, you don’t need me to say, everyone knows what type of a player he is and how good he is and what a career he’s had. It’s not for me to get involved in whether he comes to Manchester United, whether he leaves Madrid or not, that’s not my business at this moment in time.”

The English midfielder spent three seasons with Ronaldo before the Portuguese skipper left Old Trafford to join Real Madrid for a then world record transfer fee of £80 million.

“Of course, I was lucky enough to play with him. It was just a joy to work so close to him and see how he plays.

“We will see how it pans out over the next few weeks and months.”

Ronaldo is reportedly interested by the possibility of returning to Manchester United but the Old Trafford hierarchy are said to be having reservations of getting involved in the media circus surrounding the Real Madrid’s all time goal scorer.

Meanwhile, Micheal Carrick, who recently penned down a one-year contract to prolong his stay at the Premier League giants, has claimed that he will consider whether to retire at the end of next season.