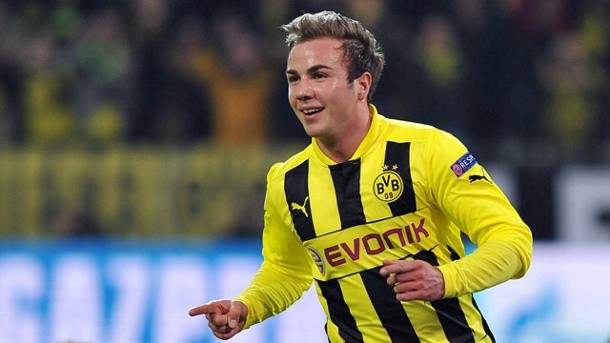 Bayern Munich playmaker Mario Gotze is on the verge of a sensational return to Borussia Dortmund for a reported transfer fee of €28 million, German outlet Bild report.

Gotze joined Bayern in 2013 after the Bavarian club triggered his €37 million release clause, making him the second-most expensive German player to date.

The 24-year-old failed to establish himself as a regular starter under former boss Pep Guardiola and has been reportedly informed that he is surplus to requirements in new head coach Carlo Ancelotti’s plan at Allianz Arena, who has kicked off his first stint in Germany this summer.

Gotze will return to the Westfalenstadion arena after spending three years away at arch rivals Bayern, where he managed to score only three goals last season after granting just 11 league starts by the Spanish coach.

The German playmaker will reportedly sign a five-year contract for his return to Dortmund and will be expected to immediately burst into Tomas Tuchel’s starting line-up next season as a direct replacement for new Man Utd signing Henrikh Mkhitaryan, who was initially signed by the Bundesliga runner-ups in 2013 to replace the then departing Gotze.

Gotze’s former boss Jurgen Klopp’s Liverpool and fellow Premier League club Tottenham were also thought to be serious contenders to acquire the versatile attacking midfielder’s services but Dortmund remained in pole-position all summer to re-sign Gotze, who came through the club’s youth academy to make his senior career debut in 2009 before scoring the decisive 113th minute winner in the grand final of 2014 World Cup to help Germany lift their first World Champions’ trophy after an interval of 14 years.