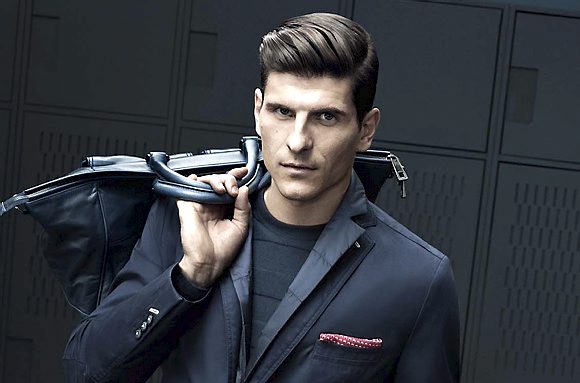 Manchester United have stepped up in their efforts to sign the German striker Mario Gomez.

The 30 year old striker is regarded as one of the most clinical finishers around and has proven himself all across Europe.

Having scored 113 goals in his last 5 seasons with Bayern Munich and Fiorentina, Gomez could now be set for a new adventure in the Premier League.

Manchester United have struggled to score goals this season and club captain Wayne Rooney looks badly out of form so far. Van Gaal knows the importance of goals if United want to challenge for the title.

The Dutchman has identified Gomez as an ideal short term solution for the Old Trafford outfit. Gomez has played under Louis Van Gaal for Bayern Munich and the Dutchman is an admirer of his talent.

The Fiorentina striker is on loan at Besiktas and is likely to jump at the chance of playing for a prestigious club like Manchester United.

It will be interesting to see where Van Gaal fields Anthony Martial should Manchester United manage to land Mario Gomez. The young striker has been played on the wing to accommodate Wayne Rooney so far.