Well, as all who have read my blog so far this season – from the avid readers (my mum) to the likely majority who accidentally stumble upon it while looking for ‘cockney rhyming slang’ or something – I have not been best pleased at our football this season. In the words of pretty much every one of my school teachers at this, the half way stage of the academic year, United also ‘could do better and SHOULD do better’.

No, I’m not blind and yes, I do understand the logistics of the points system in football; so I get that technically, being second place – only 4 points off the top – by Crimbo, as well as being in the semi-finals of the League Cup and through to the knock-out stages of the CL isn’t too bad. In fact, it may be considered quite an envious position to be in by most. But unfortunately, we are not most.

At Manchester United, we have consistently prided ourselves on the highest, elite levels of footballing excellence and superiority. Why? Because we have been blessed with the greatest manager the game has ever seen and have duly been enhanced rather nicely by spending on, and nurturing, the finest talent.

So, before anyone gets too carried away, or even switches off, after reading my previous paragraph, bear this bite-size description of our club’s traditions under Ferguson (and of course Sir Matt before him) in mind and compare it with the current brand of football that is currently being produced at Old Trafford. Hardly fits the glossy brochure-esque image of our Super Club, does it?

At United, we see way beyond the statistics and misleading nature fabricated by stats and points; we’ll leave that to teams like Hull as they yet again rely on the team below them to lose by more goals than they do on the last day of the season in order to avoid being relegated. In order to achieve and maintain our ridiculously high, championship winning standards, we look at games won based on class, individual and team performances and above all, that extra, undying resolve that is needed when – as it inevitably does – the going gets tough.

This season, we HAVE been winning the games, and going back to the raw basics of the game, it has clearly sufficed, but have we really produced displays centred around class, individual and team performances and above all, that extra, undying resolve that is needed when – as it inevitably does – the going gets tough? I don’t think so.

As I have mentioned in previous posts, the general difference with this season and campaigns gone by is the drop in standard of the top 4, and consequent increased level of stature by the teams below. And this has led to an almost entirely open, unpredictable season. Chelsea a month ago were unstoppable, with United’s more than often bland, ‘scraping through’ style victories unable to match their resolve; however after a series of defeats and draws since their last great performance at the Emirates in November, the critics don’t quite seem to be as generous with their praise. We have stumbled big time – with horrible defeats at home to Villa and away to Fulham – but have Chelsea taken advantage of this and stretched their lead at the top way beyond our reach? Not quite.

And how about now? Anelka is injured and Kalou and Drogba (their best player) are off with the Ivory Coast to attend January’s African Cup of Nations. That leaves them first-team strikerless which, whatever Ancelotti confidentially claims about the players he has in reserve, is hardly the greatest place to be in.

So with that in mind, let’s swiftly head back over to United’s case. Berbatov and Rooney, after moderate periods out with injury, are now firmly back in order to capitalise on Chelsea’s comparable lack of genuine threat up-front; and our much discussed and maligned defensive problems also appear to be restoring themselves, with Brown, Vidic, Evans and O’Shea (probably amongst others) promised back in the new year.

Plus, if the small psychological impetus of United upping their potency after Christmas is true – as it usually is – then this will further improve our claim and benefit from any potential (and I mean only potential) downfall Chelsea may suffer in the coming month.

And what will further improve our squad and slightly feeble mentality at present? I hate to ever doubt Sir Alex’s current crop, but a new signing is much needed; let alone much desired by the frustrated fans. Yes, the arguments against January signings are strong – as even the incredible Evra and Vidic struggled in their first half a season – yet you believe a player of proven attacking capability playing in an equally challenging league (Villa? Silva? Aguero?) will cope and suffice. I’m not saying we CAN’T do it without a new world-class addition, but along with the leaking of goals and dropping of points by or fellow top 4 members, we have clearly relied too heavily on certain players to produce this season in the absence of Ronaldo.

Whether it be Rooney and his goals (our only player to have scored more than 4 League goals this season), Fletcher and his creative, holding impetus (who has unsuccessfully and rather uselessly been stuck in defence during our 2 recent defeats) or simply defensive and goalkeeping injuries; we have conceded too many goals, lost more than a desired amount of points and often lacked a certain flash of brilliance in the attacking third. 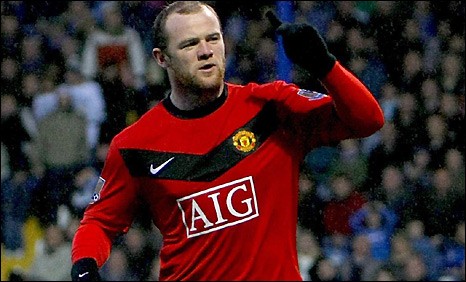 As always however, I have undying faith in our leader and believe we can do it – as much as my berating and apocalyptic rants have suggested against that notion. Quite simply though, we can’t rely on Chelsea – or the others for that matter – dropping any more points, for as much as they may struggle without their strikers, they may also ride the storm and manage to win their Drogba-less games…leaving us still, at best four points a drift.

So, a second ‘quite simply’ point is we need to bring someone in of competence, flair and ambition who can create and score at will to surge us ahead. Even at this festive, demanding time of year, I understand how that is a tad too wishful. Failing to do that therefore, we need to stick with a consistent midfield paring – surely Fletcher and Anderson – and play, whenever we can, with a 4-4-2.

With Valencia well and truly settled in, Obertan promising big things on the left in 2010, Rooney and Berb’s thriving to improve together up-front, and our defensive problems slowly but surely fading out, we’ll be ok…I hope.