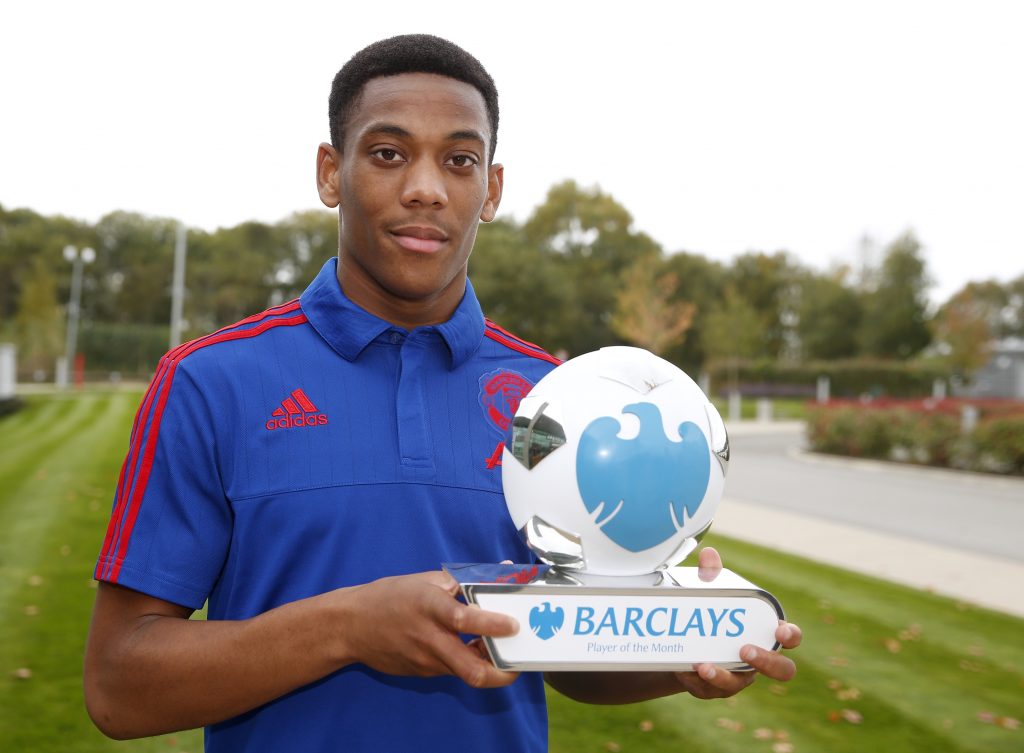 Manchester United striker Anthony Martial has named as the Premier League Player of the Month for September after his brilliant start to his Old Trafford career.

The 19-year-old arrived in England from AS Monaco on the deadline day on a £36m deal. The price tag involved in the deal put him under immense pressure immediately. The French international made his debut after coming on as a late substitute against Liverpool at Old Trafford.

Congratulations to @AnthonyMartial, who's been named as @PremierLeague Player of the Month for September! pic.twitter.com/1ovemuda88

Martial needed few minutes as he scored an impressive solo goal to give Louis van Gaal’s side a 3-1 victory over the Merseyside club. He continued his form against Southampton as the teenager helped United to come from behind to seal a 3-2 win over Saints, where he scored a brace.

For his fine start to his life in the Premier League, he was voted as the Player of the Month.

Meanwhile, Tottenham manager Mauricio Pochettino was voted as the Manager of the Month for September. The Argentine boss managed to help the north London club victories over Sunderland, Crystal Palace and most importantly against Manchester City.

Congrats to Mauricio who has been named September's @PremierLeague manager of the month! Interview on Spurs TV later. pic.twitter.com/EFC9KbjOMP

The north London club came from behind to seal a stunning 4-1 victory over the league leaders at White Hart Lane. It is Pochettino’s first Manager of the Month award since joining Tottenham last summer.