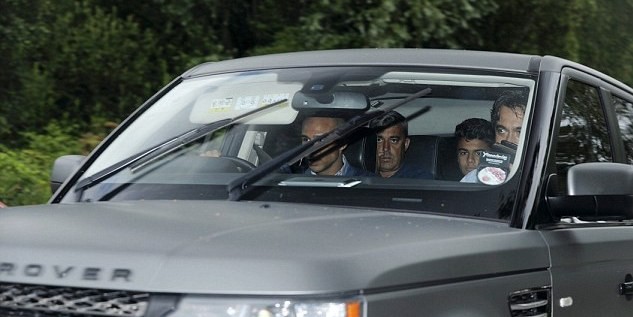 Manchester United have moved to secure two of the most promising young talents in Portuguese football, bringing Benfica pair Joao Filipe and Joao Virginia to Old Trafford on trial.

Winger Filipe, 15, has been likened to Ballon d’Or holder Cristiano Ronaldo due to his explosive skills on the wing, but standing at just 5’5, he may well have been likened to World Cup finalist Lionel Messi; both of whom have been cited as idols by the young Portuguese talent.

His Benfica teammate Virginia is a highly-rated goalkeeper, and will train alongside Filipe at United’s Carrington training ground from this month (although no official timeline of their stay has been released).

The duo have caught the eye of a number of top European clubs recently, with United moving quickly to fend off reported interest from Premier League rivals Manchester City, Liverpool and Chelsea.

Sky Sports have reported that Barcelona have previously failed to secure Filipe, with Benfica eager to keep him at the Estádio da Luz; but with United taking both him and his teammate Virginia to Old Trafford for a trial, the Red Devils seem to be in pole position to snatch them up if they like what they see.