There was a strange air about Old Trafford yesterday. I missed the Burnley game last weekend and so for me this was my first home game since the revelations of Glazers controversial plans to refinance the loan.

Since then however, as you have probably all heard, they have managed to raise funds, selling bonds in the tune of £504million; however to the fans, whose sole concern is always in the wellbeing of their club, that had zero positive impact.

Every time the whistle blew, every time a set-piece was being lined up, and surprisingly, after every goal was scored, the same noise and the same angry protest greeted the action. ‘We want Glazer out’, ‘Love United, Hate Glazer’ and ‘Glazer’s gonna die’ were dominating the Old Trafford chorus; so loudly and prominently in fact that at times you completely forgot a football match was being played.

And although red was, as always, the main colour on show, there were other, more meaningful colours blended into the sea of red. Green and gold was the theme of the day, in recognition of United’s heritage and origins of Newton Heath. 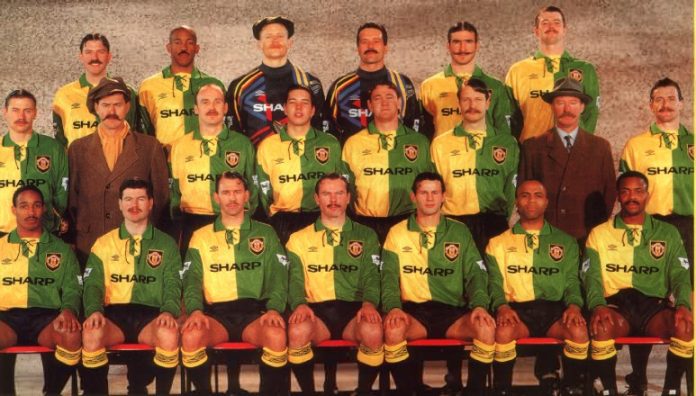 Back to the football. We started off brightly and were rightly rewarded by our constant pressure after Rooney netted Scholes’ saved effort on 8 minutes. After that however, it was pretty much more of the same from United; with the slender 1-0 advantage always nothing less than ‘slender’; and towards the end, with the score worryingly unchanged, the protests halted for a moment to be replaced with ‘Attack! Attack! Attack!’, as the realisation was that the job was far from done.

However that’s not to say we didn’t play well. When I wasn’t distracted by the hostility and disconsolate tone around the stadium, I was alerted to the football on show, and in particular a formidable performance from a near forgotten figure. I hope the fans did take note of the game, as to have missed it; instead choosing to focus more on the discontent of our financial situation, would have meant missing a surprisingly brilliant performance by Nani.

Aside from being directly involved in the third and fourth goals (his cross for Rooney’s 3rd was truly world class), he constantly threatened the mediocre Hull defence, who had no answer for his awesome pace, control and final delivery. If off the field, the point being made was ‘we want change’, on the pitch it was ‘everything is just fine’, with even the typically sub-standard squad players making their point and of course taking advantage of Chelsea and Arsenal’s absence from the league this weekend. 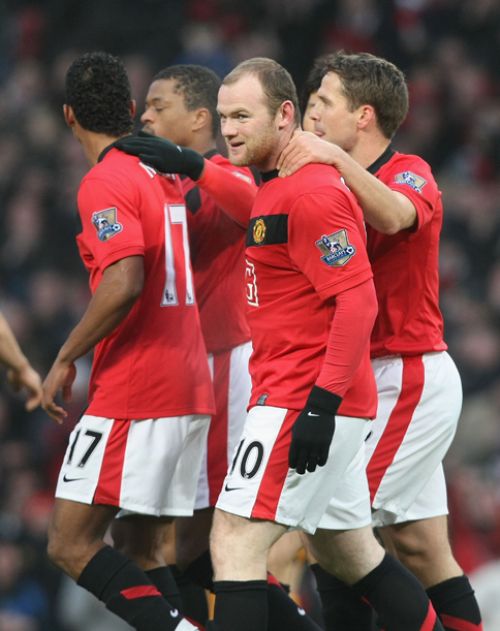 Another player who was deservedly given a go and again, in my opinion, had a more than promising game, was Mr. Owen. I have never seen him so involved in a game, showing that he has clearly evolved from the slowing, one-dimensional centre forward we signed; being taught well by his energetic and determined strike-partner. Interestingly, as Berbatov was being warmed up, I thought the obvious choice would have been to replace Rooney who had a rather average-verging-on-poor game. Well, that’s why I’m not the manager!

At the back, all the focus was inevitably on Rio, who returned for his first game since the defeat at Anfield. It was a comfortable, relatively solid performance and probably the perfect game to settle him back in to, as other than the one decent chance Hull had late on when it was still 1-0, as Ghillas only managing to strike it wide of Van der sar’s post, there was little genuine threat.

In a game that should have been put to rest earlier than it was, you felt it was unfortunately a day where winning a football match was not the main concern. Rooney’s astonishing 4 goals and Nani’s ‘remember me?’ display will hopefully remain the talking points from the afternoon, but the underlying vibe within the club and amongst the fans – the people who care about the team the most – is that there are unhappy times ahead.

As hard as the match-day stewards might try and stop the protests, and as much as Sir Alex claims in his programme notes that it’s the media who have escalated things, we are all finally starting to realise the true, detrimental extent of the takeover. We are financially struggling to the degree of having to sell our best player to try and help ease the situation, and as much as Rooney and co. try and suggest otherwise, it won’t just be our finances that struggle.

As long as things continue in this way, the shift of power will inevitably sway towards those teams (dare I say, like city) who’s sole priority is NOT worrying about making money to get out of trouble, however to improve and strengthen on the pitch. And regardless of what the greater powers desire, for as long as things remain the same they better get used to the disconcerting voice of the fans growing louder and louder.