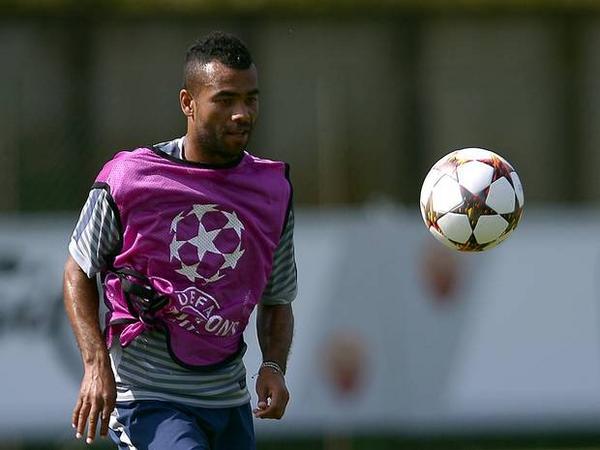 Manchester City head into their second Champions League match following a 4-2 victory at Hull City to keep them within five points of the Premier League leaders.

Manuel Pellegrini’s side will be keen to pick up three points on Tuesday after being beaten in the final minute at Bayern Munich in their group opener.

AS Roma continued their 100% winning start to Serie A with a 2-0 win over Verona on Saturday evening. Rudi García’s side have only conceded one goal in their opening five games whilst the French manager has now collected 100 points from a possible 129 since taking charge at the start of last season.

Samir Nasri has been ruled out with injury, whilst Matija Nastasić and Fernando are unlikely to be fit enough to play.

Roma have a number of injuries but it hasn’t stopped them from a winning start to the season and their Champions League campaign. Kevin Strootman, Daniel De Rossi, Davide Astori and Federico Balzaretti are all ruled out. Leandro Castán and Juan Iturbe are also doubts. 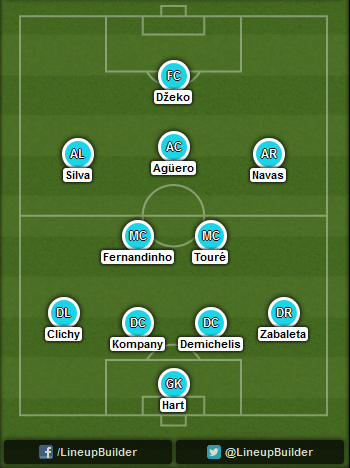 Jesús Navas is a straight swap for Samir Nasri on the right. James Milner is a more-defensive option for Manuel Pellegrini if he prefers. Edin Džeko scored a couple at the weekend so we think he’ll start up front with Sergio Agüero just behind. 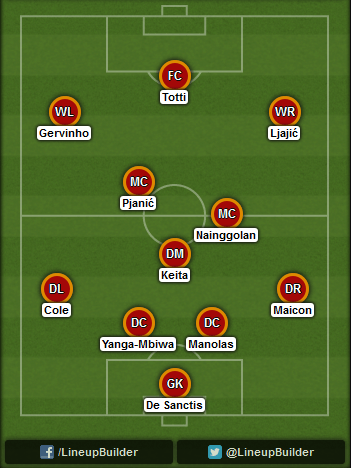 This looks like the strongest available lineup to Rudi García with the injuries he has to deal with. It includes Ashley Cole on the left, former Manchester City right-back Maicon and Newcastle United loanee Mapou Yanga-Mbiwa. Gervinho on the wing scores goals.

Sergio Agüero vs Kostas Manolas
Roma’s defence under Rudi García was solid last season and early signs are that it will be once again this season. Despite Mehdi Benatia being sold to Bayern Munich they remain tight. Kostas Manolas was the Moroccan’s immediate replacement. Expect the 23-year old to be tested by Sergio Agüero ‘s pace and positioning. The Argentine’s a great goalscorer and capable of winning any one-on-one matchup.

Miralem Pjanić vs Fernandinho
Roma have a wonderful playmaker in their midfield in Miralem Pjanić. The little Bosnian and Herzegovina midfielder creates several chances for his teammates. Manchester City have not been defending too great of late – conceding two goals at Hull City on Saturday they have now gone five Premier League games without a clean sheet. Pjanić could be lined up against Brazilian holding midfielder Fernandinho and you’d favour the Roma playmaker to create a couple of chances for teammates.

David Silva vs Maicon
Manchester City have a top create midfielder of their own in David Silva. He could be lined up against a former Citizen himself in Maicon who has started the last few games at right-back for the Serie A side. The Brazilian often gets caught out of position and should that happen to him on Tuesday you can be sure Silva will find the open space to exploit. Even when he is back in his correct position, Maicon faces a tough task in shutting down the Spaniard.

Prediction: Manchester City 1-1 Roma
Manchester City have made an inconsistent start to the season. Manuel Pellegrini’s side could really do with avoiding defeat in this one. Roma will be full of confidence following a perfect record domestically and they thrashed CSKA Moscow 5-1 to top the group after the opening game. They don’t concede many so City should be in for a tough match.