Spain manager Vicente Del Bosque has said that when Cesc Fabregas and Diego Costa return to the national side after recovering from their injuries, they may not longer be first-team regulars. The Chelsea duo was absent in Spain’s 3-0 win against Belarus on Saturday in a European Championships Qualifier, and will also be unavailable for Tuesday’s friendly against Germany.

Del Bosque, in an interview to Spanish radio Onda Cero, said, “It may happen that when Diego Costa and Cesc return, they have a player to take their place; it is not a threat, it is a reality.”

“All players want to come to the selection. My responsibility has always been the pursuit of normality and finding the best for our football.” 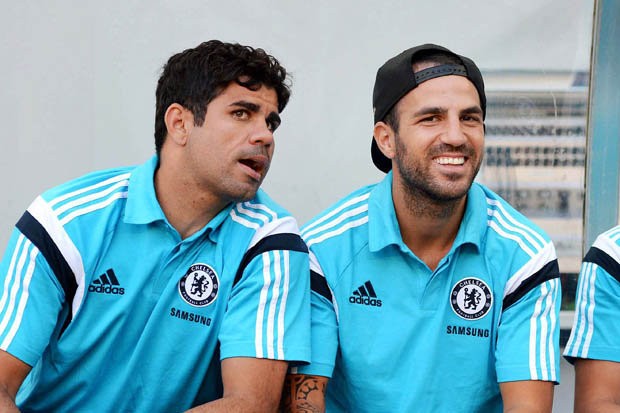 Fabregas failed a fitness test with the Spanish national side on Tuesday and returned to Cobham, Chelsea’s training ground to receive treatment on what is believed to be a hamstring problem. Costa has a long-standing hamstring injury himself and hasn’t travelled.

Both the players played a full 90 minutes in Chelsea’s 2-1 win over Liverpool last Saturday, but Mourinho revealed after that game that he had a lot to thank the Chelsea medical staff for for the same.

Costa and Fabregas have been outstanding for the Blues since joining in the summer. While the former has already netted 10 goals in the league, including the winner at Anfield, the latter has 9 assists to his name.