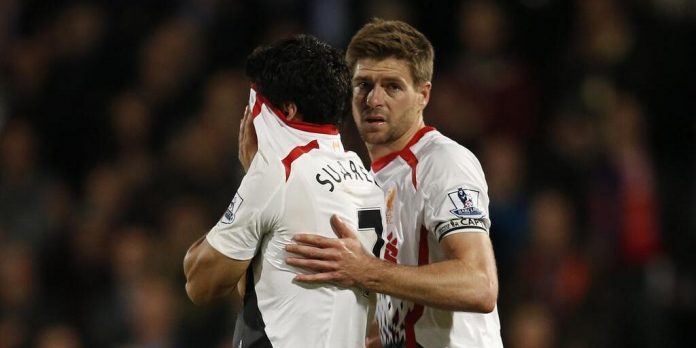 Liverpool striker Luis Suarez just couldn’t believe what had happened. With his side comfortably three goals to the good against Crystal Palace with half an hour to go, all thoughts were on how many Brendan Rodgers’ side would get, with the title a mathematical possibility with huge scorelines in their last two games of the season.

But Liverpool contrived to throw it all away, and let Tony Pulis’ stubborn Eagles grab three quick-fire goals at the end of the match, with Liverpool’s capitulation all but ensuring the title is heading to the Etihad come the end of the season. 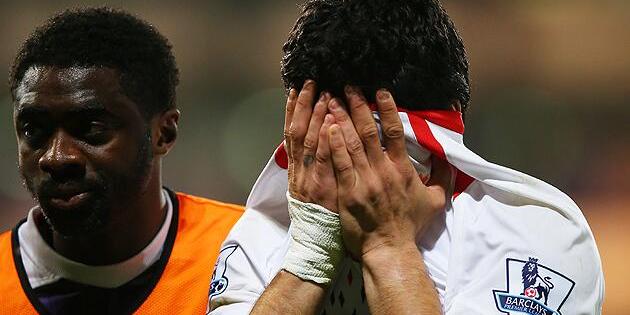 Suarez, who was today voted the FWA Player of the Year, saw his dream season come crashing down within a matter of minutes, and the Uruguayan hitman couldn’t contain his emotions at the final whistle, going down on his haunches and crying into his Liverpool shirt.

Ever the perfect captain, Steven Gerrard attempted to console his fallen teammate, picking him up and whispering words of encouragement. Kolo Toure, whose brother Yaya is now on course to shatter Liverpool’s title hopes with Man City, also came to talk to Suarez, but the striker seemed deaf to the world, with the full meaning of the draw hitting him hard.

The 27-year-old, who has transformed himself from public enemy no.1 to the Premier League’s most revered player, could be seen shaking on the Selhurst Park pitch, with Manchester City only needing to avoid defeat in their final two games to become champions of England once again. 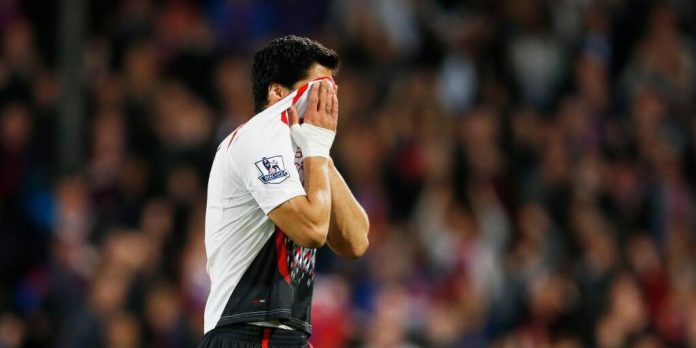 Suarez has been by far and away the best player in the country this season, but even the greatest of performers can see all their good work shattered in a solitary game.

What do you think? Can Liverpool still dream? Can you think of another time such raw emotion has been shown at the end of a game this season? Get involved in the comments below…