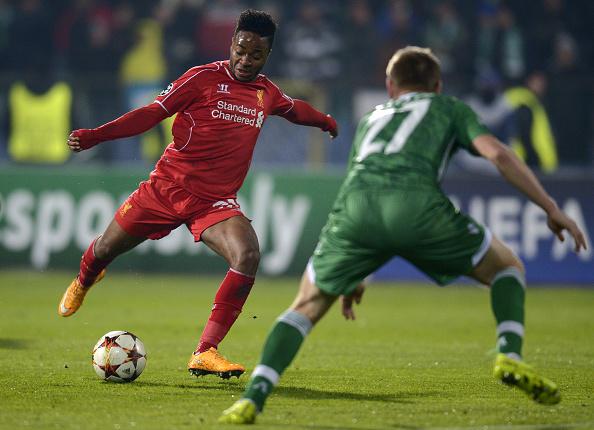 Liverpool ended a run of three Champions League defeats in a row as they drew 2-2 with Bulgraian side Ludogorets in Sofia. Rickie Lambert and Jordan Henderson got on the scoresheet for the Reds but it wasn’t enough for the Reds to clinch victory as they conceded a late goal.

Pre Match: The Reds traveled to Sofia knowing anything less than a win or a draw would spell the end of their Champions League campaign and would see them crash out of the group stages of Europe’s elite club competition.

Manager Brendan Rodgers had earlier claimed that a win over the Bulgarian side could kick start their season, “Sometimes it just takes a game, an action, to change a season for you. We have to believe that can happen. We haven’t been anywhere near our levels. But you can never give up.”

Reds starting Line up: Rickie Lambert started his second game in three days while Kolo Toure partnered Martin Skrtel at the heart of the defense.

It was a dream start for the home side as Spanish striker Dani Abalo took advantage of Simon Mignolet‘s error to head his team to a lead. Incidentally, the goal came from a counter attack, something which Liverpool have been haunted by throughout the season.

As Brendan Rodgers looked stunned, Rickie Lambert headed home after a gift from the Ludogorets defense. The home side would be absolutely kicking themselves for gifting away such a soft gaol. Utterly ludicrous.

Rickie Lambert: Has scored in each of his last 2 competitive appearances for Liverpool having failed to net in his previous 12 — WhoScored.com (@WhoScored) November 26, 2014

A quick look at Lambert’s header:
Liverpool settled down into the game and had the lion’s share of the possession but Ludogorets constantly menaced the right channel of the Reds’ defense. The home side though would have been disappointed not to make more of the several corners they won after pressing Liverpool higher up the pitch.

The Reds though all of a sudden go into the lead following Raheem Sterling’s delicious low cross which was guided to the back of the net from Jordan Henderson. Ludogorets would be livid with themselves having given the ball away and then concede out of nowhere.

The home side would have wondered how they went back to the dressing room being a goal down after dominating the majority of the first half. Liverpool though have shown their grit and determination to claw back into the game after falling behind early.

Ludogorets though started the second half on a brighter note but failed to take advantage as Abalo failed to get any contact with fluffing his shot, more of an air-shot really, from just ten yards out. It has been all Ludogorets so far in the opening ten minutes but the home side didn’t really test Simon Mignolet.

Jordan Henderson however produces one of the misses from his diving header, one which he would never want to see. However, it wouldn’t have counted as Lambert had barged into the opposition goalkeeper. The Reds however look have gained authority of the encounter with their old pass and move style.

Steven Gerrard has looked sharp today but not without his usual sloppiness this season. Shows why he can still roll back the years but only just.

The home side though haven’t threatened throughout the second half and they look to up the tempo with two attacking substitutions. Raheem Sterling however should have scored when put clearly on through following a lovely layoff from Gerrard but the youngster somehow he fires straight at the opposition goalkeeper.

Ludogorets immediately counter in search of an equalizer as Liverpool bring on Alberto Moreno in place of Sterling to protect the lead and grab a vital win. The home side however secure a much well deserves equalizer as Georgi Terziev heads home following a flick on by Dyakov from a corner.

Ludogorets 2-2 Liverpool – Terziev nods in at the back post to draw the Bulgarian side level. Final minutes: http://t.co/pUnfqXBgtL

The Reds now need to beat Swiss side Basel in their final group match to qualify for the knockout stages.

Lucas Leiva- 6/10 The Brazilian showed flashes of his old self, helping his side protect the back four. Lucas screened the back four well which helped Gerrard played up front in a more attacking role. However, Liverpool failed to control possession and dominate the midfield.

Glen Johnson- 6/10 Had a good game playing out of position and his tireless runs down the left wing kept the home side’s defense on their toes. However, he was at fault but it would be harsh to blame him for Ludogorets’ equalizer.