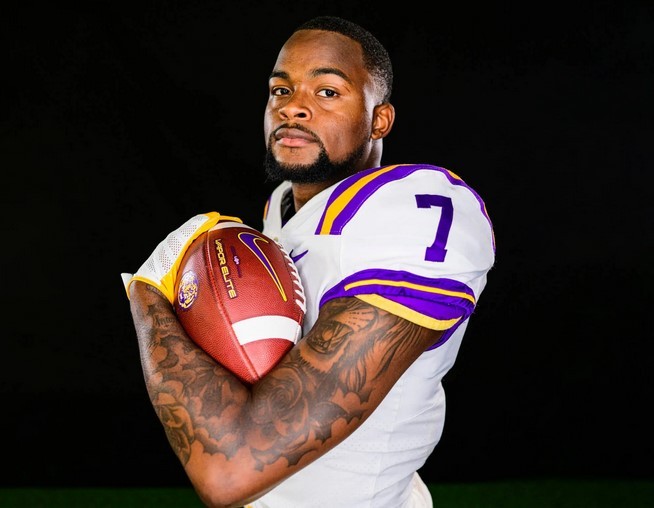 Despite missing out on a College Football Playoff place, the LSU Tigers received some good news on Monday. Star wide receiver Kayshon Boutte has announced his intention to forego the 2023 NFL Draft and return to the program for at least another season. Boutte, who struggled at the start of the year, found some form towards the end of the season and is widely regarded as one of the best wide receivers in college football.

While LSU may be licking their wounds after the defeat to the sportsbooks‘ favorites for the College Football Playoff National Championship, Georgia in the SEC Championship Game, there is cause for optimism for next season. Star wide receiver, Kayshon Boutte, who was widely projected as a first round pick in the NFL Draft, will return for his senior year.

“LSU has been nothing but amazing to me,” Boutte said in statement on Twitter. “My growth under the new staff has helped me to reach new levels. While we did not achieve the overall goal, we still fought and produced results that will be a stepping stone for future success.

“It is important to follow your dreams and live with the results. While some stories will end here, mine will not. Let’s lock in and focus on the main goal of any LSU Tiger: Winning a national championship.”

It is a far cry from early in the season when Boutte removed all mentions of LSU from his social media sparking rumors of a transfer. He seemed to find his focus after that episode and his season culminated with six catches for 107 yards and a touchdown in the championship loss to Georgia.