According to MARCA, Manchester United manager Louis Van Gaal decided against renewing De Gea’s contract at the start of the season. 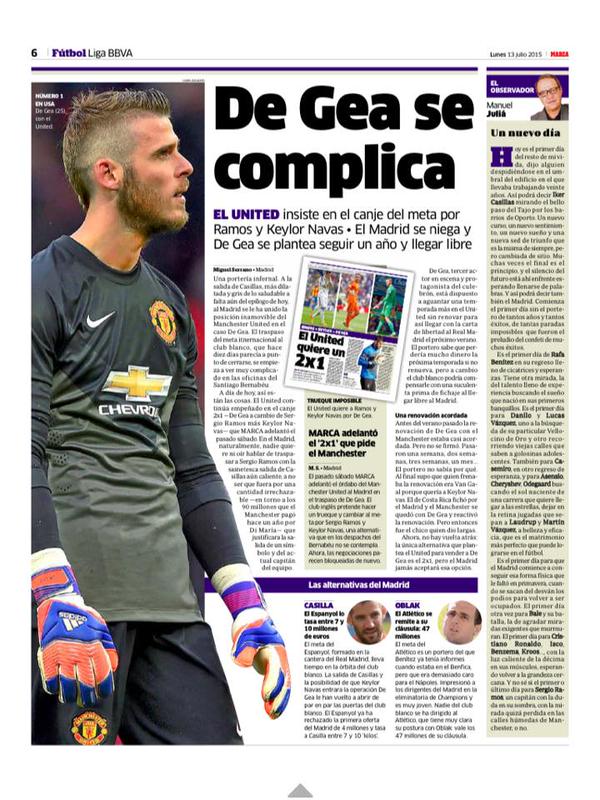 Apparently, the Dutchman did not think highly enough of the Spanish keeper and wanted Real Madrid keeper, Keylor Navas at the club. The story will be backed up by Van Gaal’s admission earlier on this season when he said that he had no idea De Gea could be this good.

The Spaniard has been the best player at the club for over a year now, but the manager admitted that he was pleasantly surprised to discover just how good De Gea is.

Marca claim that De Gea agreed on the renewal at the start of the season, but Van Gaal did not sanction it then as he harboured doubts over De Gea’s quality.

Although Van Gaal is convinced about the player now, De Gea is keen to move to Real Madrid and return home to Spain. It is believed that van Gaal’s doubts regarding him convinced him to look elsewhere and that is when he decided that Real Madrid was going to be his next destination.

The move has however been complicated by the fact that United have asked for Ramos and Navas to be included in the deal. The Spanish giants are unwilling to let go of Sergio Ramos, but could use Navas in a bid to lure their number one target this summer.

Whether a move materializes, remains to be seen. But it is certainly understandable why De Gea chose to move on, especially when his manager did not trust him initially.