In shocking reports to emerge in The Telegraph today, it seems like Brendan Rodgers will consider offloading striker Mario Balotelli in January, just 4 months after bringing him to Anfield. The Italian, signed from Italian giants AC Milan for £16 million, has failed to have any sort of impact on the side, scoring just 1 goal in 10 appearances in all competitions. He is still to open his account in the Premier League.

Balotelli put in yet another indifferent display at Anfield on Wednesday in what was the Reds biggest game of the season so far, against Real Madrid in the Champions League. He was substituted at half-time and replaced by Adam Lallana. The following graphic shows his heat-map for the game: 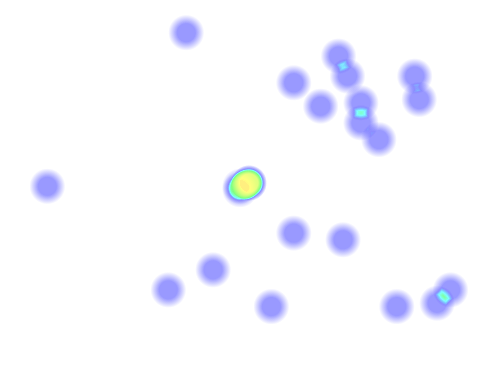 This shows the lack of impact he had in the game, as he hardly threatened inside the Real Madrid penalty area. This is a huge cause for concern for Liverpool, as if such a match doesn’t fire him up, then it’s difficult to see what will.

At the weekend against QPR, following another toothless performance, Balotelli came under severe stick from his own fans. It is obvious that the shoes vacated by Luis Suarez are hard to fill, but the Balotelli’s form has been unacceptably poor.

At the time when Rodgers took the gamble to sign the unpredictable Italian, he assumed full responsibility for the same. The manager also said that he would sell Balotelli if he feels that the investment is not paying dividends. As of now, the £16 million paid to land the 24 year-old looks like money badly-spent. Rodgers will give Balotelli two more months to prove his worth before taking a call on him in January.

Apart from his on-field problems, Balotelli has also been caught in some controversy off it. It has been reported that he threatened a woman who was taking photographs of his Ferrari. The incident is being investigated by the Greater Manchester Police and Balotelli will face disciplinary action if found guilty.