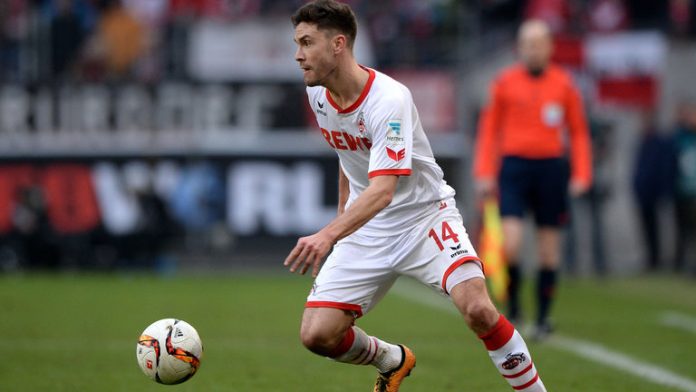 Liverpool are set for a summer transfer battle with Juventus for the services of Jonas Hector.

The full-back is expected to leave Cologne at the end of the season and a potential move to Anfield has been discussed.

The 27-year-old has been a long-standing target for Reds’ boss Jurgen Klopp, but Gazzetta dello Sport has claimed Juve are keen to persuade the player to move to Italy.

The Serie A club are eager to boost their defensive options during the summer and they see Hector as the ideal replacement for Inter Milan bound Kwadwo Asamoah.

He was a regular starter in Cologne’s promotion winning campaign in 2013/14 and went on to win the club’s Player of the Year Award in the Bundesliga the following season.

Hector has been capped 36 times by Germany, scoring three goals.

Both Liverpool and Chelsea were heavily linked with the defender back in 2016, but he penned a new deal with Cologne.

However, with his club staring at relegation back to Germany’s second tier a move looks likely this summer.

Liverpool currently have the worst defensive record of the top five clubs in the Premier League and Hector’s addition would strengthen them at the back.

With German champions Bayern Munich also believed to be in the running for Hector’s signature, the Reds may ultimately have to look elsewhere for defensive reinforcements this summer.