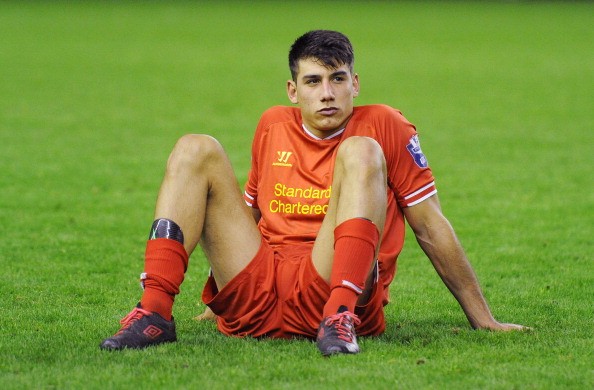 Rafa Paez is hoping to return to Spain, after La Liga outfit Einar have appealed to FIFA for international clearances to sign the Liverpool defender until the end of the season.

The two clubs reached an agreement last month, but FIFA had blocked the transfer move due to an administrative mistake.

Eibar handed all the documents to FIFA on Jan 30, but the transfer was denied few days later, due to error in the administrative process, something which was done immediately.

However, an official statement from Eibar read (via ESPN): “Sporting Club Eibar have appealed to FIFA regarding the international organisation’s decision not to grant them the transfer of Rafa Paez due to an administrative mistake that has now been corrected.

“Eibar has presented an appeal to FIFA in order to be granted the transfer. Rafa Paez continues to train normally with the team, awaiting for this problem to be resolved in order to be available for selection.”

Perez joined Liverpool on a free transfer in 2013 after terminating his contract with Real Madrid.

The centre-back spent the 2013-14 season on long to Bologna, where he made eight league appearances.