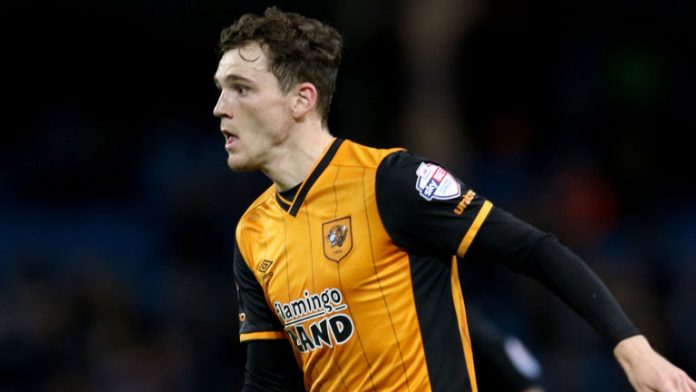 Liverpool are keen to bolster the defence in the summer, and are reportedly closing in on Hull City defender Andrew Robertson.

According to reports from the Daily Mail, the Reds are close to signing the Hull City left-back for a transfer fee in the region of £8m.

Left-back is one area Jurgen Klopp is looking to reinforce in the summer. James Milner, primarily a midfielder, has made the position his own ahead of Alberto Moreno this season.

The Spaniard has played bit part roles under Klopp and he is expected to leave Anfield at the end of the campaign.

Klopp is reportedly looking to sign a specialist defender for that position and consequently, has turned his attention to the 23-year-old Robertson, who fits the bill at an acceptable price.

Robertson has been ever present for Hull City this season, having made 28 Premier League appearances for the Tigers. With two assists, 1.7 tackles per game and 75.7% passing accuracy, he is good at picking right passes, and could be a solid reliable backup defender.

The report adds that Robertson’s old club, Dundee United, would receive a portion of the transfer fee (10% sell-on clause) should the deal go through.

A move to Liverpool would be hard to refuse for any young player, and should an opportunity arise, Robertson should not hesitate to jump the boat. Liverpool are also reportedly linked with a move for Real Betis’s defender Riza Durmisi.