Liverpool have confirmed the signings of French international defender Mamadou Sakho from Paris Saint-Germain and Sporting youngster Tiago llori, the club have announced through their official website. 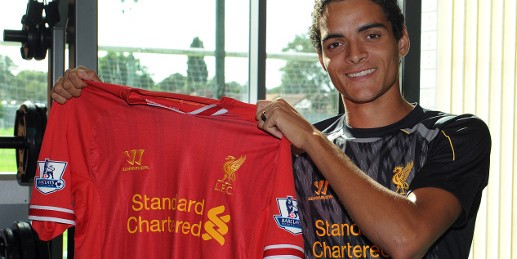 23-year-old Sakho has signed a long-term contract with the Reds, after successfully passing a medical at the club’s training complex at Melwood.

Sakho can play as a central defender as also as left-back and has made 14 appearances for his country so far. He collected three major trophies – the Ligue 1 title, the Coupe de France and the Coupe de la Ligue during his six years’ stay at the Parisian club, but with only one year remaining on his contract, he decided to ply trade elsewhere to further his career.

Sakho told Liverpoolfc.com: “I’m delighted to be here. I’d like to thank everyone for the welcome.

“I came here because the project that is in place at Liverpool interests me. I’m really looking forward to playing my first game.”

The Reds have also signed Tiago llori from Sporting Lisbon for an undisclosed fee, the club have announced. He becomes the sixth signing of the club and was at Anfield yesterday, where the Reds defeated arch-rivals Manchester United 1-0 to go to the top of the table.

Ilori told the club’s website: “Liverpool have a great team and I think it’s the place for me to be at the moment.”

There could be one more addition atleast for the Reds, as Liverpool are looking to bring Chelsea winger Victor Moses, on a season long loan.

Have your say below about the deals, very excited?