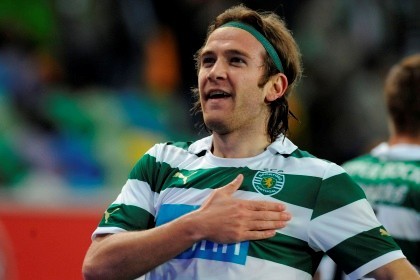 Brendan Rodgers has stressed the importance of adding players in the January transfer window that can effectively improve the squad to good effect. The Reds are second in the Premier League table and for the first time in many years there is a genuine optimism of securing the top four spot.

Liverpool added Daniel Sturridge and Philippe Coutinho in the January transfer window last season and the duo made an instant impact in the side. The Reds will be looking to add one or two quality players in the side in winter – the question remains which of the areas needs bolstering. In Rodgers’ new 3-5-2 formation, the role of wingers has been shunned down, but one gets the feel that Rodgers might revert to other systems using wing play into action, should he buy a proper winger, which Liverpool genuinely lacks.

Reports in Portugal suggest that Liverpool and Tottenham Hotspur are showing keen interest in Sporting Lisbon winger Diego Capel, who could be available for a cut-price value of £5m in the January transfer window. Last week, the Daily Mirror also reported a story on the similar lines, linking the player with Liverpool.

It is interesting and also baffling to a certain extent that Tottenham are also linked with the player. Spurs have an avalanche of attacking players and the situation is such that Erik Lamela, their record signing is struggling to get regular games.

According to newspaper A Bola, the recently elected president of Sporting Lisbon, Bruno de Carvalho, wants to cut the wage bills, as the Portugal outfit are currently in parlous financial state. Further, he wants to work more on the development of new players.

Capel was one the consistent performers of the club last season, but an injury at the beginning of this campaign has had an effect on his performance, which has complicated his situation at the club. However, in recent matches, his performances have caught the attention again and that’s why the club officials are looking to keep him till the end of the season at least, but Sporting would be willing to listen to any good offers for the Spanish winger.

Note: Capel joined for Sporting in the summer of 2011 from Sevilla for €3.5m. Sevilla will receive 20% of the gains from a possible transfer.