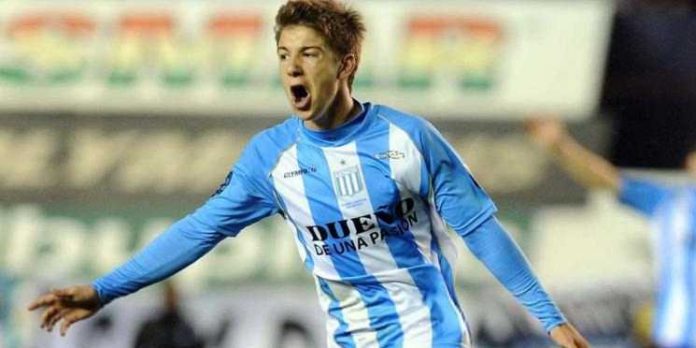 The 20-year-old Racing Club attacker has been dubbed the ‘new Sergio Aguero’ in his homeland due to his small build, lethal finish, and fast pace.

Vietto’s agent has admitted that a summer scrap for his client’s signature is on the cards, with Liverpool, Madrid and ‘two German teams’ interested in signing the striker.

‘We know that many top clubs are following Vietto,’ said agent Jorge Cysterpiller.

‘There is a lot of competition to sign him. Liverpool we know like him and so do Real Madrid – I think also two German teams.

‘I think he could move at the end of the European season.’

According to the Metro, Liverpool have been scouting the striker ever since he burst onto the scene in 2011, emerging as one of Argentine side Racing Club’s most promising academy players.

The youngster has two goals from just four appearances for the Argentina under-21s, and has played nearly 50 games for Racing since graduating from the youth ranks.

What do you think? Should Rodgers bring in the youngster in the summer? Let me know your thoughts in the comments below…