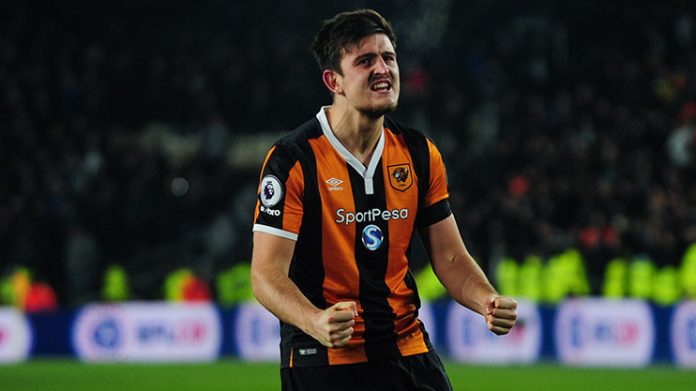 Leicester City are moving to seal the deal for highly-rated defender Harry Maguire from Hull City, according to Sky Sports. The Foxes are reportedly willing to pay £17 million to secure the Englishman’s services. The move could be completed and announced by the coming weekend.

Maguire was one of the shining lights in the Hull team that got relegated last season. The 24-year-old won both the Players’ Player of the Year and the Fans’ Player of the Year awards. He was touted by some for a move to one of the top Premier League sides. He still has a long way to go though, and a move back to the top flight will be a stepping stone to even bigger things in his career.

Maguire was linked with a move to Liverpool last month as well. Apparently, the Reds are tracking his progress and could make a move when the window opens in July.

This will be Leicester’s first signing since Craig Shakespeare put pen to paper on a three-year deal to take over as permanent manager. The 2015 Premier League champions finished 12th last season. This is the lowest a defending champion has ever finished the following season, but it could have been much worse. Leicester were very much in a relegation dogfight in the first half of the season, before Claudio Ranieri was sacked. Shakespeare came in and steadied the ship, overseeing a solid finish to the campaign.

The current centre-back pairing of Wes Morgan and Robert Huth looked exposed at several times last year. N’Golo Kante’s departure to Chelsea last summer removed a major part of the protection provided to the backline from midfield in their title-winning season. Both Morgan and Huth are strong and good in the air. They severely lack pace though, and this is something Leicester will look to Maguire to provide.

The former Sheffield Wednesday man has been tipped to be an England international in the future. Judging by the extremely poor performances from Gary Cahill and John Stones last night against France, Maguire could really stake a claim if he has another solid season in the Premier League.