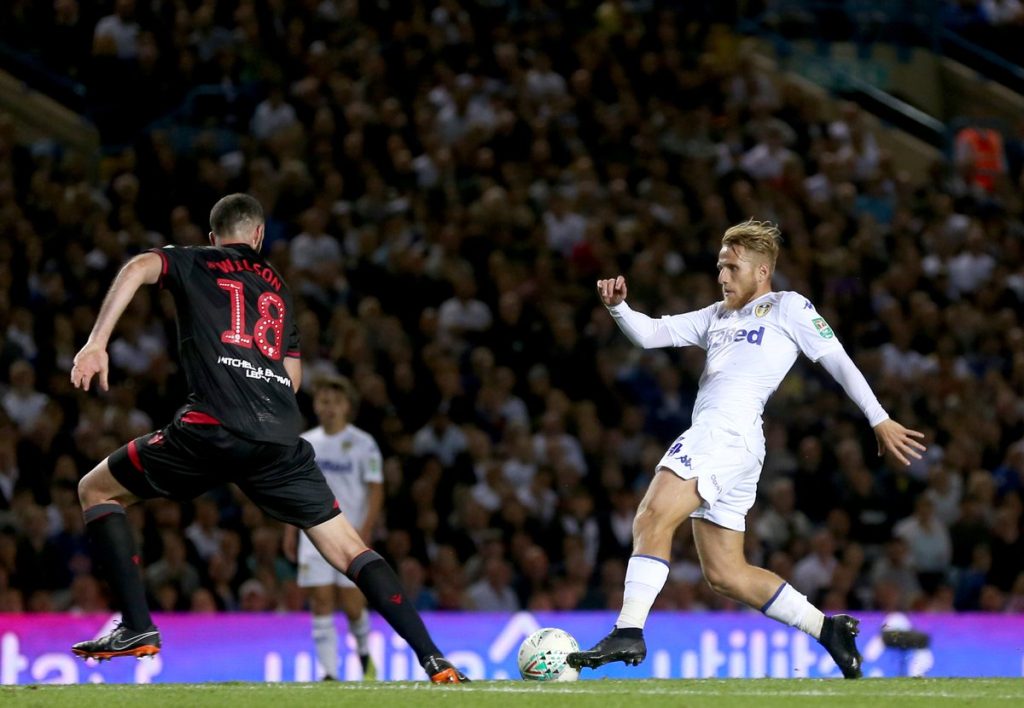 Leeds United picked up a 2-1 win over Bolton Wanderers in the Carabao Cup last night.

Goals from Patrick Bamford and Samu Saiz ensured the victory for Marcelo Bielsa’s side.

Leeds have started the season very well and they have already beaten the likes of Stoke City and Derby County in the Championship. The win over Bolton extends their perfect start to the season.

New signing Patrick Bamford gave his side the lead with a poacher’s finish in the first half and Samu Saiz doubled the advantage with a superb effort eight minutes later.

Leeds seemed destined for another comfortable win after going into half time with a 2-0 lead. However, things changed with Erhun Oztumer got the visitors back into the game with an early goal in the second half.

The likes of Jonathan Grounds came close to scoring an equaliser for Bolton. However, the Whites managed to hold on for the win.

The Leeds fans seemed particularly happy with Samu Saiz’s display. The Spaniard has been outstanding since the opening day against Stoke City and he was instrumental in last night’s win as well. Saiz created Bamford’s goal and scored one himself in the win over Bolton.

Here is how the Leeds fans reacted to his performance.

Samu Saiz was creating opportunities all day. He had an amazing game. #mot

It’s actually crazy how good @Samusaiz really is. Literally every Bolton player struggled to keep up with him tonight. He’s just magic. #lufc

Can teams from Europe still buy players in the EFL up until 31 August, primarily Samu Saiz? Worried!!

In what World is Jack grealish even remotely close to being as good as Samu Saiz? #LUFC #AVFC

He @Samusaiz, is proving his worth and I’m thankful we’ve kept hold of him. He is still the biggest influencer on the pitch. Puts in a shift. Hates being substituted, loves the game and @LUFC @andrearadri #mot

Also Samu Saiz is a god, the FL will start making us only play him for a specified time period per game if he carries on like this. #LUFC