La Liga Lens: Expectations high at Valencia, Can they deliver? 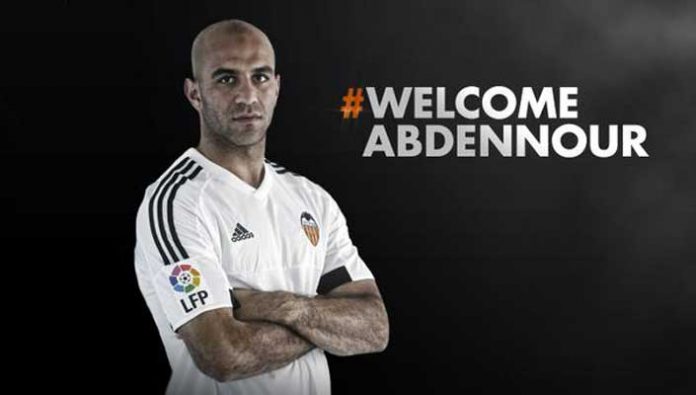 After breaking into the top four last season, expectations are high this time around. After years of poor administration compounded by financial turmoil and on pitch mediocrity, Valencia are looking to reclaim their old status as one of the European giants, thanks largely to the millions pumped into the club by new owner Peter Lim.

Expectations are really high at the Mestalla. While no body expect Valencia to break the duopoly in Spain, but retaining the fourth spot, if not climb one or two steps up the ladder is a realistic target the club should set for themselves. At the same time, reaching the knock out stages of the Champions League is highly achievable, after Los Che being handed an easy group in the Europe’s Premier club competition.

Valencia have had a busy transfer window this summer, in terms of both ins and outs. While the departure of Nicolas Otamendi (arguably one of the best defenders in La Liga last season) to Manchester City is a major blow; Valencia have moved in quickly to sign Monaco’s highly rated defender Aymen Abdennour to replenish the void.

Nuno Espirito Santo has assembled a fantastic squad, the spine of the team being forged with several top young players who have the potential to become world class players in future. There is a perfect blend of experience and youth in the side.

German defender Shkodran Mustafi has been rock solid at the back. Football critics often tend to argue that Otamendi only looked outstanding for Valencia because he had a solid and reliable partner beside him in Mustafi, who with his steady presence at the back worked as perfect foil to the Argentine. New signings Aderlan Santos (26) and Abdennour (26) are about to reach their peak forms and if you add the highly promising trio of Ruben Vezo (21), Jose Luis Gaya (20) and new signing Joao Cancelo (21) to the ranks, you’ve arguably one of the best defensive unit in the league.

Nuno has been building this team based on a strong defensive foundation, akin to what Rafael Benitez did with the same club a decade ago. Valencia conceded only 32 goals last season, and only Barcelona and Atletico Madrid had better records than them.

In the midfield, Valencia are choc-a-bloc with technically gifted players. While Enzo Perez and Andre Gomes (former Benfica players) bring pace, energy, guile and creativity at the centre, the three-man midfield is finely balanced with the more restrained approach of Sofiane Feghouli, Dani Parejo and Javi Fuego.

Valencia have added two new faces in the attacking department. Rodrigo Moreno, the former Benfica winger, completed a permanent switch to Valencia this summer (has played the last season on loan) but the Brazilian-born Spain international still needs to prove his worth. His position in the first team isn’t fully guaranteed, especially with the talented young trio of Rodrigo De Paul, Santi Mina and Zakaria Bakkali breathing down on his neck for regular first team places.

Alvaro Negredo and Paco Alcacer remain the two main out-an-out strikers for Valencia, but keeping in mind Nuno prefers 4-3-3, there’s hardly any need to add extra bodies in that department. Valencia have a finely balanced squad, and they have a brilliant manager at helm, so fans have every reasons to expect something special this season.

Having said that the squad is far from being perfect. Valencia do not have enough match winners who can change the outcome of any game by the scruff of the neck. At some point during the season there will be occasions when the team would look up to someone who can single-handedly lead to victory.

If you look at the current Valencia squad, they do have a bunch of highly talented young players, but one can feel that “X-Factor” / a game changer in the team is missing like say Eden Hazard, Sergio Aguero or Luis Suarez – players who are capable of changing the outcome of a match through sheer individual charisma.

Also, Valencia will have to maintain the focus of balancing both the league and Europe simultaneously. We have seen in the past, teams tend to lose their focus in the league, once they start doing well in Europe.

It is not always easy to maintain the same level of concentration, motivation and energy throughout the season. Valencia lost their way in La Liga towards the end of the last season, managing five draws and a defeat in their last 10 games. A similar sort of situation may not bring Nuno favored luck next time, especially when he is up against seasoned pros like Unai Emery and Diego Simeone.

Expectations are high but can they deliver? Valencia have had a stuttering start to the 2015-16 campaign (two games without a win) and sooner they shake off their early jitters, better it is for them. Los Che have a relatively better squad than other top-four chasing packs, but they should be aiming higher than a mere top four finish.