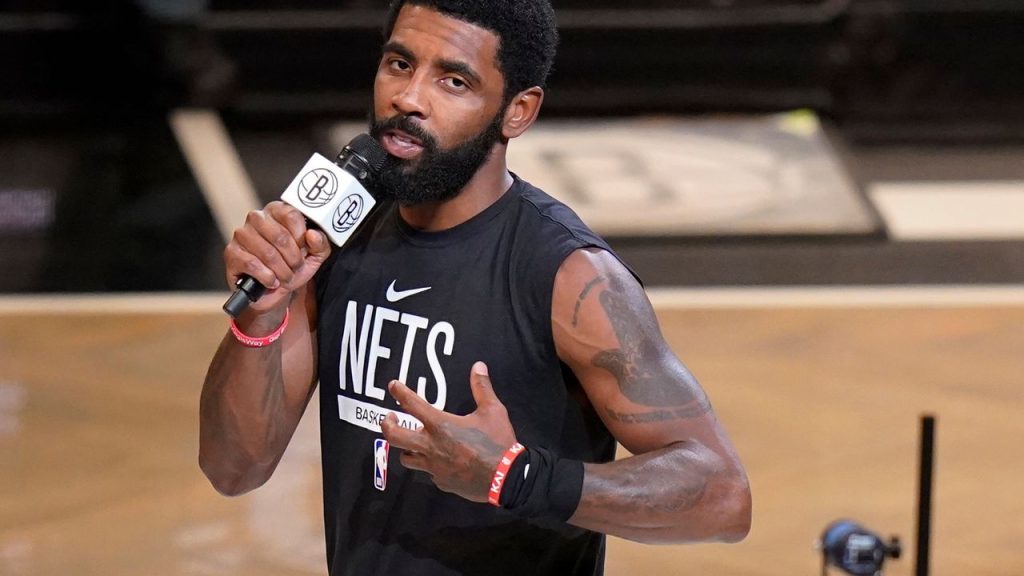 Kyrie Irving has been listed as questionable for the Nets clash with the Grizzlies on Sunday, after the Brooklyn star apologised for offending the Jewish community last week.

Irving was originally suspended for a minimum of five games by the league, after the Nets superstar posted a link to a film with antisemitic material and refused to say he had no antisemitic beliefs when he was questioned about his now-deleted post on Twitter.

Kyrie spoke to SNY on Saturday and apologised for his actions on social media, saying that he doesn’t condone any form of hate speech.

“I just want to apologize deeply for all my actions throughout the time that it’s been since the post was first put up.

“I just want to apologize deeply for all my actions”

“I’ve had a lot of time to think. But my focus, initially, if I could do it over, would be to heal and repair a lot of my close relationships with my Jewish relatives, brothers and sisters.”

Following his apology, Irving has now been moved to questionable for the Nets game against the Grizzlies on Sunday, with a return to action looking likely in Brooklyn.

Although Irving was handed a minimum of a five game suspension without pay by the league, the Nets point guard has missed the last eight for Brooklyn and will be eager to get back on the court.

The Nets have put together a decent record while Irving has been out, however with one win in their last three, the return of Kyrie could come at a vital time for a Brooklyn side struggling for form.