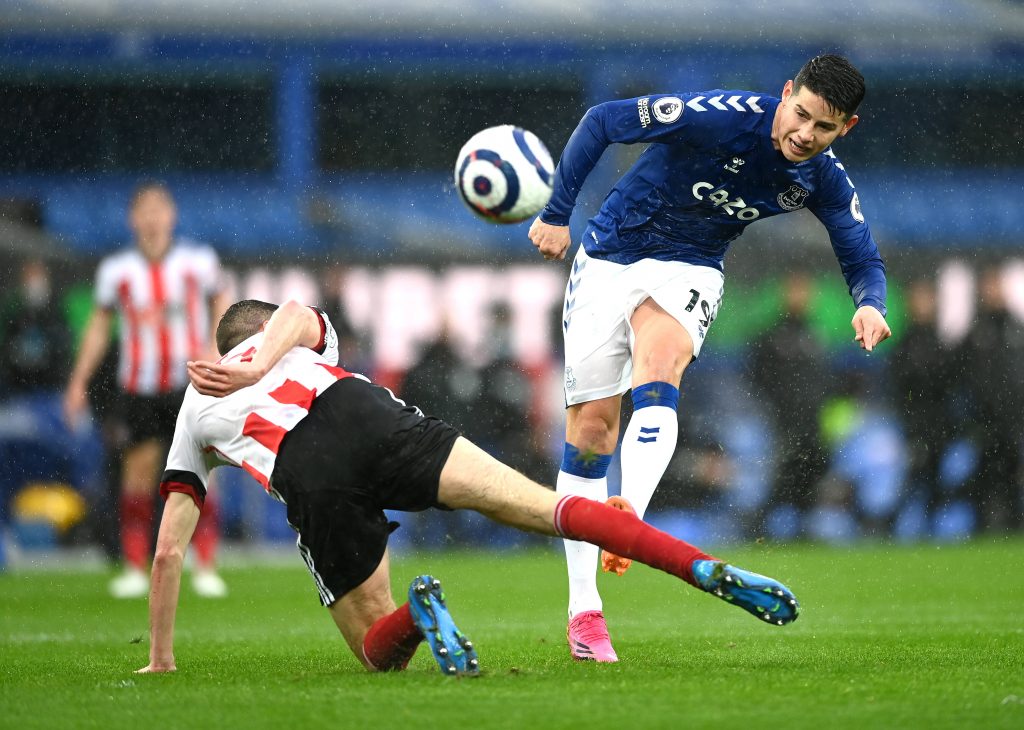 James Rodriguez has said that he could stay for another season with Everton despite the recent departure of manager Carlo Ancelotti.

Ancelotti played a pivotal role in signing him for the Toffees last summer, but the Italian is no longer at the helm after returning to Real Madrid.

Rodriguez had previously worked with Ancelotti at Madrid and Bayern Munich, but he has ruled out the prospect of another reunion.

The Colombia international is looking forward to next season with the Toffees and admitted his cycle with Real Madrid is now closed.

He told Habla Deportes (via MSN): “I don’t know. I think not – If I stay another year [at Everton] that’s fine.”

“I don’t think Ancelotti is going to take me. The cycle for me with Real Madrid is closed.”

Rodriguez had an injury-plagued debut season for the Toffees but still made an impact with six goals and nine assists from 26 games.

He has one year remaining on his contract with the Merseyside outfit, but there is an option to extend his stay for another 12 months.

He has dropped a big hint that he is prepared to stay, which is a boost for the Toffees as they aim to push for Europe next term.

The club were hugely impressive away from home last season, but their dismal home form denied them the chance to finish in the top-seven.

Rodriguez started last season brightly before his injury troubles began. The onus will be on keeping him fit next term to boost the club’s European prospects.