According to reports in the reliable TMW, Serie A side Fiorentina have set their sights on two Arsenal players Mikel Arteta and Thomas Vermaelen in order to strengthen their squad in the summer. The same story has also featured in Football Italia.net. 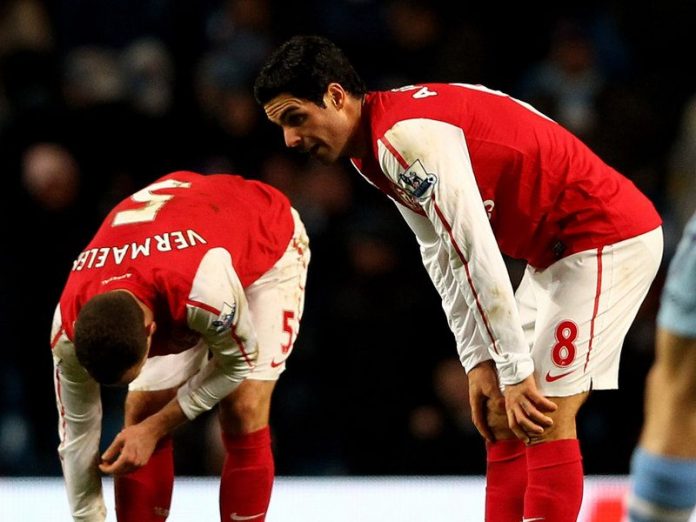 While Arteta hasn’t been at his best for the Gunners this season, there are reports that the 32 year old could be replaced by Bayer Leverkusen’s Lars Bender in the summer. Guardian had also reported earlier that the Spaniard had criticized Arsene Wenger’s policy of giving one year contracts to players above 30 saying that he doesn’t value players by age.

The former Everton player has featured in 27 starts for the Gunners this season, but failed to hit the target even once and just grabbed a couple assists, looking sloppy with his gameplay in the middle of the park.

Belgian defender Thomas Vermaelen might also be on his way out of the Emirates as Arsene Wenger has persisted with Laurent Koscielny and Per Mertesacker in the heart of the Gunner’ back four. We had earlier reported that another Italian side Napoli are also after Vermaelen whose contract is set to expire in 2015.

Fiorentina have enjoyed a terrific season in the Serie A finishing fourth in the standings and narrowly losing out to Napoli in the Coppa Italia final.

The Viola have requested information from the Gunners regarding both the players and it is believed that Fiorentina will buy before their advance with their sales of players in the summer. Manager Vincenzo Montella is desperate to mount a title challenge but guaranteeing a Champions League spot remains the priority for next season.