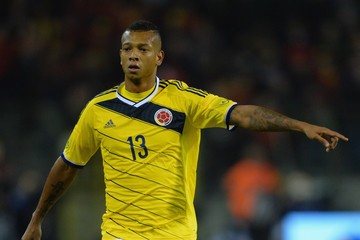 Inter Milan have not won the Seria A title since 2010 and have failed to qualify for the UEFA Champions League for two years in a row now. The Nerazzurri have had an extremely busy transfer window so far as they look to find the winning combination again.

Manager Walter Mazzarri has brought in Nemanja Vidic, Pablo Osvaldo, Yann M’Vila, Dodo, Rene Krhin and Tommaso Berni thus far and are also on the verge of completing a deal for midfielder Gary Medel. With so many arrivals, there are bound to be departures.

The Red Devils’ manager Louis Van Gaal is said to make a couple more signings before the transfer window slams shut at the end of this month. The common belief is that United need at least one more midfielder to bolster their squad, after a torrid 7th placed finish last year emphasised the need to bring in reinforcements.

Arturo Vidal and Juan Cuadrado are the names said to be on Van Gaal’s shopping list, but a huge amount will have to be spent if they are to be brought to Old Trafford. Marco Reus is another transfer target, but it was recently revealed that the German would remain at Borussia Dortmund.

Guarin, meanwhile, offers a much cheaper alternative. Van Gaal may well be tempted to take it.