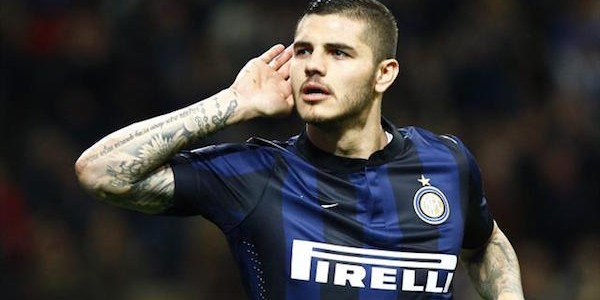 The controversial Argentine forward has been linked with a move away from Inter Milan after scoring 27 goals in all competitions last season.

Liverpool have been plagued with injuries this season and it seems Klopp is keen to negate the dependency factor on Daniel Sturridge.

The England international missed most of last season due to injury and it has been a similar scenario this season. With Benteke and Ings picking up injuries as well, Klopp has been left the inexperienced Divock Origi.

Elsewhere Jose Mourinho is keen to save Chelsea’s season and is lining up a move for the highly rated goalscorer.

Striker Diego Costa has struggled to replicate last season’s form and Mourinho believes that adding Icardi will not only increase the quality of his side, there will be more competition for places as well.

Inter Milan would be unwilling to part with their prized asset after spending a lot of money last summer. The Italians are desperate to get back into the Champions League and Icardi’s performances will be crucial.

Earlier this year it was revealed that Mourinho had got in touch with the player through texts and informed him about Chelsea’s desire to sign him.

It will be interesting to see how the transfer saga pans out. But there is little doubt that a player of Icardi’s talent would be a quality addition to any side in the league.