Manchester City fired Mark Hughes because the marquee signings didn’t support him – and they have now hired a manager who was dismissed because he could not get his expensively assembled squad at Inter to do his bidding.

Manchester City have defended their sacking of Mark Hughes by claiming that they saw no signs of the Welshman being able to change things around to meet targets at the club.

70 points is an ambitious target, 6th place is realistic and builds on what the club needs. 4th place is something you’d pitch as the ideal scenario if everything went your way.

Clearly, everything hasn’t gone City’s way. 70 points is still achievable but 60 are far more likely. 6th is still in reach, although with Villa and Spurs in better form and Liverpool likely to bounce back, 6th could be a battle as well.

But the biggest problem for City hasn’t been the manager they inherited but the players they’ve bought since they came to the club.

Manchester City, like Chelsea, Real Madrid and Bayern Munich, have spent a lot of money to build a star-studded squad. And like these clubs, some of their managers have failed to assert their authority over their dressing rooms. When you’ve spent 200m on putting together a team, it’s easier to pay 3m, 5m or 10m to a manager for sacking him than it is to spend another 100m or so changing the team according to how your manager wants it to be.

Sir Alex Ferguson has often said that the manager must be the one making the decisions at the club, not the fans, not the players and not the board. For that to happen the club and the fans need to give the manager time and support to bring in the players he wants and gel them into a strong fighting unit that can then challenge for titles in the long run.

With public statements, what’s left out is more interesting than what’s said.

The club pointedly said that they didn’t feel that Hughes could reverse the current situation, but they didn’t say what they felt was the root cause of this ‘current’ situation. It’s not of Hughes’ making – he was as surprised as anyone else when he found out about the takeover and the last minute signing of Robinho. He was not behind the much publicised attempted acquisitions of Kaka, Terry and Berbatov. He wasn’t behind the deal for Tevez either.

In fact it’s debatable how many players he signed himself and how many were thrust upon him, but one thing we know for sure is that he wanted Bellamy, Roque Santa Cruz and Lescott, and he probably wanted Barry, Bridge and Given as well.

If Hughes had no / limited input in transfers, what role did he have to play? Manage the players given to him?

Robinho has a clique. Toure and Adebayor come with existing baggage – they were the source of dressing room unrest at Arsenal. Tevez has come in expecting to play more football than he got to at United, and is now faced with the same situation – too many strikers vying for the same positions.

I wouldn’t say that Barry is a disruptive influence – if anything he is the consummate team player on and off the pitch – but his influence also has an impact on the team, especially the existing players who will now be sharing the leadership responsibilities on the pitch.

In a squad with these many egos, it becomes difficult for a manager to mould them into a fighting unit on his terms. When players don’t respect their manager, it becomes a lot harder. 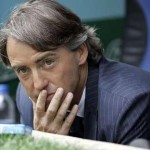 Of all the statements given by managers about Hughes in the last couple of days (support and praise coming from Redknapp and Wenger amongst others), the most interesting one is the quote from Ferguson from a few days before the incident, when he said that ‘we never thought Hughes would make a manager, not in a million years. And then again, we thought Bryan Robson would be a world-class manager.’

Maybe what Hughes lacks is the ability to manage a team of existing superstars and is great only when he has full freedom to create his own team. Maybe Hughes demanded respect as a pre-requisite instead of working to earn it. In this case he would do well to learn from the likes of Wenger and Ferguson, who came as unknown quantities to historically massive clubs with star players and turned them into world-beaters – but by earning respect, not demanding it.

Perhaps Manchester City owners just thought that if their most expensive players didn’t like Hughes, it was easier to replace him than to replace the players. But the sad thing is that if they’ve brought in Mancini for his title-winning pedigree or his ability to manage top-level players, consider this:

Inter’s first two league titles under Mancini came as a direct result of Calciopoli – they were awarded the first title and won the second title with no Juventus in the league and Milan hit by a points penalty. The third title was almost blown thanks to Mancini losing control over the dressing room and as a result he was dismissed at the end of that third title-winning season.

Great man-manager? Great managerial record? Someone needs to give the City owners a lesson in modern footballing history. Hughes has been punished for the mistakes made by the owners – but then again, as Mancini said, that’s the life of a modern football manager.